Tase: Yerevan must come to terms with reality Yerevan must accept reality and implement the trilateral agreement signed on November 9, 2020 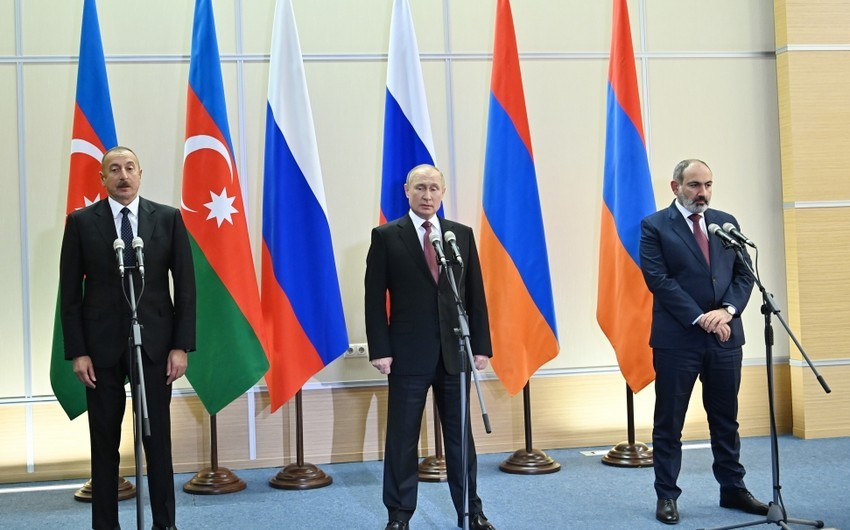 He was commenting on the results of the meeting of the leaders of Azerbaijan, Russia and Armenia in Sochi on November 26, 2021.

“Armenian government is adamant, hesitant to fulfill the trilateral agreement signed on November 10, 2020 and continues to incite armed provocations nearby the international border line between Armenia and Azerbaijan. Armenian leadership continues to be very weak, has lost significant popularity among its constituents and Armenian society unfortunately continues to be self-isolated,”he stressed.

Tase noted that these international meetings will eventually open up the mind of Prime Minister Nikol Pashinyan and convince him that the path of economic success for his country is the complete fulfillment of the November 10, 2020 trilateral agreement.

“Armenian regime must accept the new geopolitical reality in the South Caucasus and act accordingly in order for Armenia to become a shareholder of international infrastructure projects in this part of Eurasia and should not be held hostage by its corrupt leadership,” Tase said.

“Zangezur Corridor and its functionality is not a matter of Armenian nationalism; it is indeed a primary corridor that can bolster regional economy, industrial projects and increase the flow of goods and cargo in Southern Caucasus and Europe,” he added.

The November 26 trilateral meeting of Sochi hosted by President of Russian Federation is a substantial testament of the willingness of the Republic of Azerbaijan to pursue a peaceful course of actions with its neighboring country of Armenia, Tase said.

“Armenian participation in the Sochi Trilateral meeting is a big step forward and the Russian Government's leadership in this matter is critical, highly important;

Moscow is maintaining a well-balanced position towards preserving Azerbaijan's full territorial sovereignty and persuading Yerevan to accept the reality in the ground,” he noted.