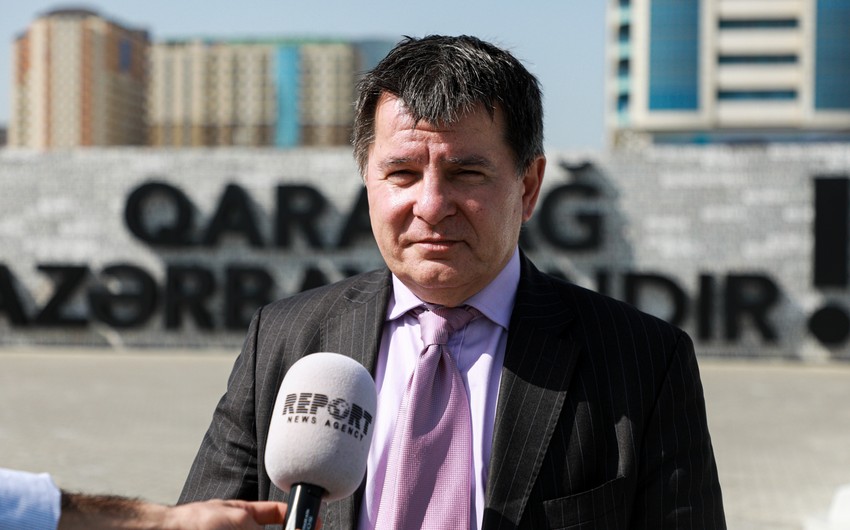 "There are a number of impressions. Firstly, in the course of my professional life, I have listened to many politicians, many government officials. Usually, they are pretty boring. I am not criticizing them. Thus, what is interesting that President Aliyev was very open and very honest. He made jokes and laughed. He was also very critical and honest about various problems that exist. He talked about a kind of thing that Azerbaijan like to do after the military conflict ended. Also, I find it interesting, which is not always the case with all politicians anywhere; he is extremely knowledgeable. Because he probably speaks English and studied international politics, that helps him understand how all these things are interconnected. He was asked very different questions about various topics, and he answered them all. Besides, he had a clear conception of what he wanted to do; Azerbaijan wanted to take the peace process."

"What did we see from the Armenian side?" They have no responsibilities. Now there is only post-conflict trauma and depression. They need time to get used to reality because it is impossible to return to the pre-war period," he added.