Sahiba Gafarova: Azerbaijan liberated its lands in accordance with UN resolutions A parliamentary delegation led by the Speaker of the Milli Majlis Sahiba Gafarova is visiting St. Petersburg, Russia to attend the spring session of the CIS Parliamentary Assembly. 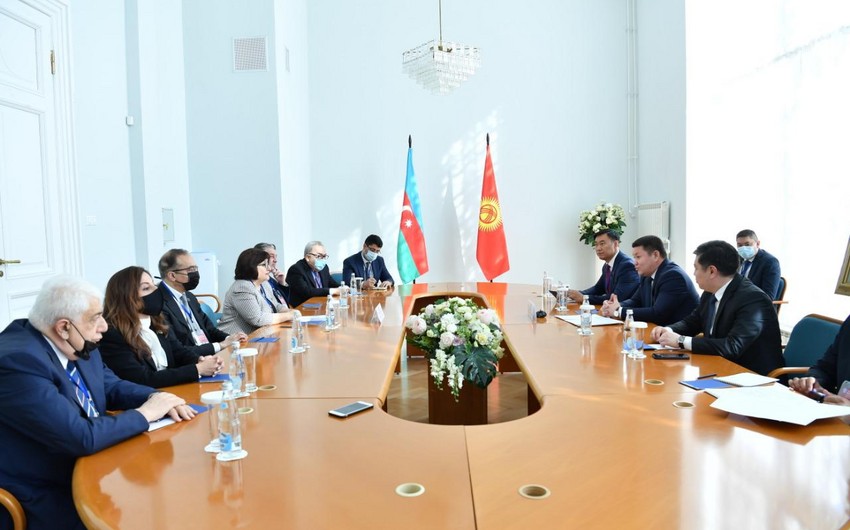 According to Report's Russian Bureau, she met with the Kyrgyz Parliament's Speaker, Talant Mamytov, on April 15.

Expressing satisfaction with the meeting, the Speaker of the Milli Majlis said that such meetings give a positive impulse to the development of relations between the two countries. She noted that the meetings and mutual visits of the heads of state play a unique role in strengthening our ties. The documents signed between the two countries form the legal basis of their relations.

The meeting participants noted that various political and economic reforms are successfully implemented in Azerbaijan today. Major transnational projects, construction of oil and gas pipelines create essential opportunities for the development of Azerbaijan and its partner countries. Besides, the restoration of the Great Silk Road is of great importance for both Azerbaijan and the countries located on this strategic route.

Touching upon inter-parliamentary relations between the two countries, the Speaker of the Milli Majlis noted the role of friendship groups operating in the legislatures of the two countries. Sahiba Gafarova emphasized the importance of successful cooperation in international parliamentary organizations. She said that the Kyrgyz parliament is one of the parliaments with which Milli Majlis signed a memorandum of cooperation.

During the conversation, Sahiba Gafarova said that as a result of the 44-day war, Azerbaijan fulfilled the UN resolutions and liberated its lands from occupation. She noted that the conflict is already in the past, and a new stage has begun for Azerbaijan - the era of construction and reconstruction.

Talant Mamytov, in turn, said that his country attaches great importance to the development of relations with Azerbaijan and that there are good conditions for deepening these relations. It was noted that the development of relations at the parliamentary level further deepen cooperation in other spheres of life. Regular meetings of deputies, joint participation in various international platforms serve the common interest.

He thanked Azerbaijan for its support in the fight against the global pandemic - coronavirus. Then Talant Mamytov informed on the referendum results in Kyrgyzstan, emphasizing that this referendum will play an essential role in its future development. 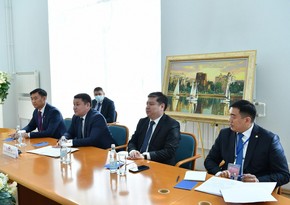 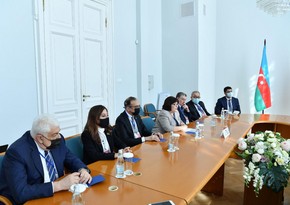