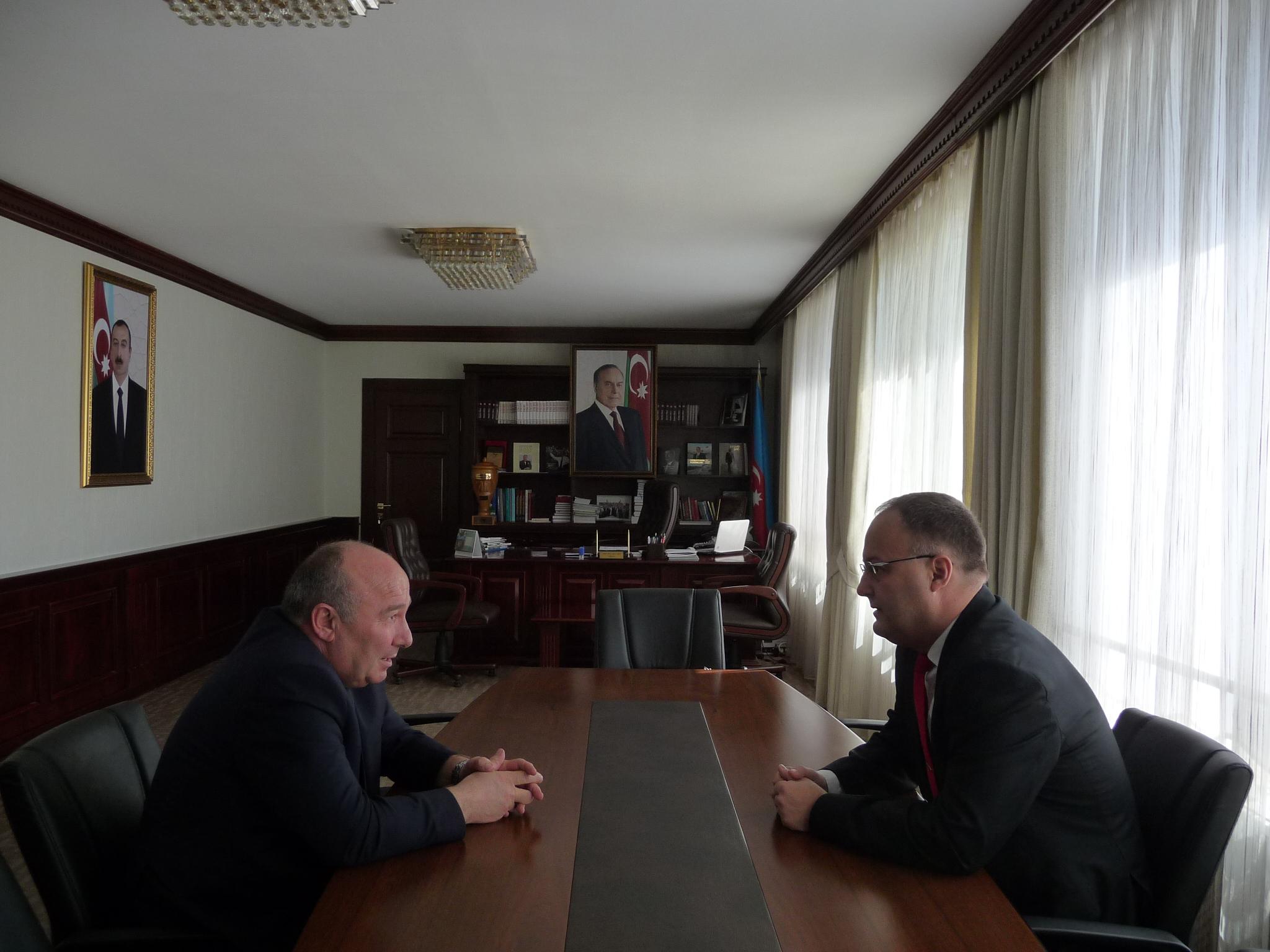 Baku. 1 May. REPORT.AZ/ On May 1, 2015, Ambassador of Romania to the Republic of Azerbaijan H.E. Mr. Daniel Cristian Ciobanu paid a working visit to the Shamakhi region.

Report was told by the Romanian Embassy in Azerbaijan, during the visit Ambassador of Romania has been received by head of the Executive Power of Shamakhi region Mr. Asif Agayev. Romania, which was the second country in the world to recognize independence of Azerbaijan and established  a strategic partnership with Baku since 2009, is interested in strengthening economic cooperation. The head of the Romanian diplomatic mission highlighted the opportunities created by the project of the transport corridor between the Black Sea and the Caspian Sea for boosting the exchange of goods and increasing the volume of trade.

Within the mandate Romanian diplomatic mission is fulfilling as NATO Contact Point Embassy in the Republic of Azerbaijan (for the fourth time in a row) Ambassador Ciobanu delivered a lecture on May 1, 2015 at the Azerbaijan Teachers Institute Shamakhi branch on the perspectives of NATO-Azerbaijan partnership. A large public participated at the event, including local officials, teachers, students and journalists. In his speech Ambassador Ciobanu underlined that NATO-Azerbaijan cooperation is developing successfully and brings mutual benefits. South Caucasus is a region that is strategically important to NATO. Azerbaijan and North Atlantic Alliance share many political priorities and are working together in dealing with security challenges. Global threats such as terrorism, trafficking, proliferation of weapons of mass destruction and cyber-attacks require a cooperative approach. Emerging risks to energy security are of concern to NATO and Azerbaijan alike. From Romania’s point of view, there is a big potential for development of NATO-Azerbaijan relations in the coming years. 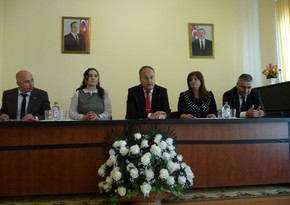 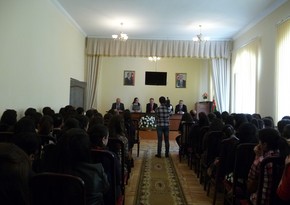