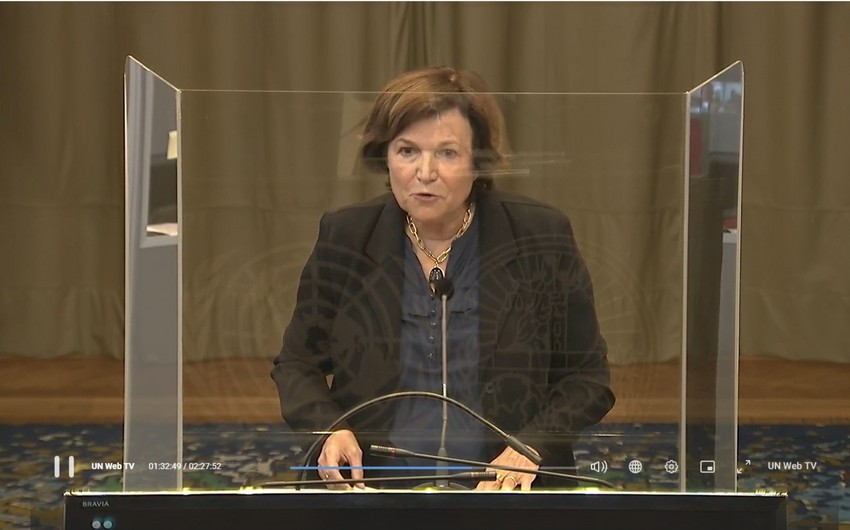 The UN International Court of Justice should take measures to prevent the anti-Azerbaijani propaganda conducted by Armenia, Professor of International Law at the University of Geneva Laurence Boisson de Chazournes said.

Report informs that she spoke in the UN International Court of Justice in the Hague during the hearings on Azerbaijan's lawsuit against Armenia in connection with the violation of the International Convention on the Elimination of All Forms of Racial Discrimination.

The professor noted that the anti-Azerbaijani campaign of hatred conducted by Armenia is unacceptable.

She said Armenia spreads fake news against Azerbaijanis and sows hate rhetorics in social networks, thereby violating the fundamental rights of Azerbaijanis under the clauses of the International Convention on the Elimination of All Forms of Racial Discrimination.

According to the professor, if the court does not intervene, Armenia will continue to carry out anti-Azerbaijani propaganda and voice its messages about national superiority.