Patriotic War in Colombian press Colombian media spoke about Azerbaijan's geopolitical and economic position in the South Caucasus region, the results of the 44-day war, and ties with the Latin American region 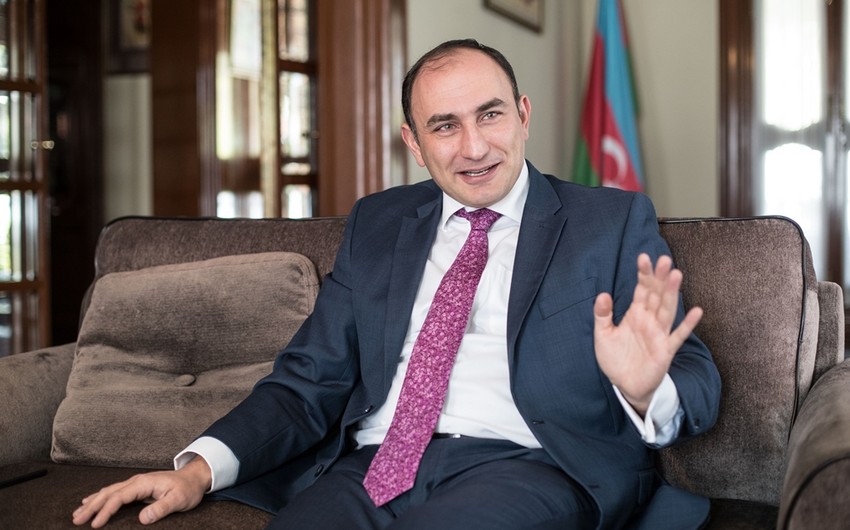 Colombian media spoke about Azerbaijan's geopolitical and economic position in the South Caucasus region, the results of the 44-day war, and ties with the Latin American region, Report mentions, referring to the Azerbaijani Embassy in Mexico.

In an interview with Colombia's leading newspaper La Republica, Ambassador Mammad Talibov spoke about the geopolitical situation in the South Caucasus, especially the results of the 44-day war, large-scale projects performed by Azerbaijan, and bilateral relations with Latin America and Colombia.

The article provides information on Azerbaijan's geographical location, state borders, and aggression by neighboring Armenia. The liberation of the occupied territories at the end of the 44-day war and a ceasefire agreement reached with the participation of Russia and Turkey are also noted.

The article discusses the free economic zone created in Azerbaijan and other favorable business opportunities, large-scale projects implemented by our country, such as TAP, TANAP, and prospects for cooperation with Colombia in trade, economic sphere, tourism, culture, and education.

The material also notes that Azerbaijan attaches special importance to relations with Colombia and the Latin American region in general. The projects implemented by the Colombian side so far, particularly the teaching of Spanish to Azerbaijani diplomats by Colombian specialists, as well as educational opportunities created on full scholarship programs for Colombian students as members of the Non-Aligned Movement in about 20 universities in Azerbaijan.