Official Baku recommends Pashinyan to study principles of international law The press service of the Azerbaijani Foreign Ministry has commented on the words voiced by Armenian Prime Minister Nikol Pashinyan speaking to the last journalists in Strasbourg. 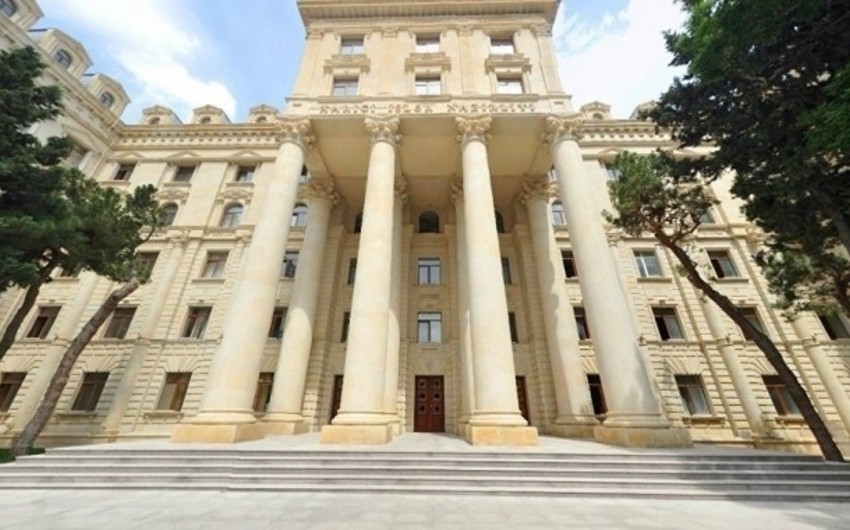 The press service of the Azerbaijani Foreign Ministry has commented on the words voiced by Armenian Prime Minister Nikol Pashinyan speaking to the last journalists in Strasbourg.

In this regard, the Foreign Ministry of Azerbaijan recommended to the Armenian Prime Minister to get acquainted with the Helsinki Final Act of 1975.

The Foreign Ministry stressed that the following is mentioned in connection with the principle standing second among the 10 known principles of the Helsinki Final Act, namely the principle of "refraining from the threat or use of force": “The participating States will refrain in their mutual relations, as well as in their international relations in general, from the threat or use of force against the territorial integrity or political independence of any State, or in any other manner inconsistent with the purposes of the United Nations and with the present Declaration."

The ministry noted that the entire international community recognizes the territorial integrity of Azerbaijan within the framework of internationally recognized borders.

"The fourth resolution of the UN Security Council of 1993 emphasizes that Nagorno-Karabakh is an integral part of Azerbaijan, and demands the immediate, complete and unconditional withdrawal of occupant Armenian forces from all the occupied territories of Azerbaijan. We call on the Armenian prime Minister, who offers to renounce the use of force, to take immediate steps, in line with the requirements of the international community, to withdraw its country's armed forces from the occupied territories of Azerbaijan in order to ensure sustainable peace, security and prosperity in the region," the Foreign Ministry said in a statement.