Nevada State Assembly issues proclamation expressing strong support to Azerbaijan - VIDEO “U.S. should continue to further support the freedom and independence of its allies, such as Azerbaijan and strengthen the relations with them" Baku. 29 April. REPORT.AZ/ On April 28, 2015,  the Nevada State Assembly issued a proclamation expressing strong support to Azerbaijan and its friendship with the United States. Signed by Speaker John Hambrick of the State Assembly, this marks the first official document issued by the Nevada Legislature on Azerbaijan.

The proclamation notes that Azerbaijan “restored its independence in October 1991 after the collapse of the Soviet Union, proclaiming itself the heir to the Azerbaijan Democratic Republic, which, established in 1918, was the first secular democratic republic in the Muslim world, among the first nation-states granting right to vote to women, and was recognized by other democratic nations, including the U.S.” It notes that “Azerbaijan is today a staunch ally and partner of the United States in a strategically important South Caucasus region”.

The document further says that “possessing vast oil and gas resources, Azerbaijan contributes to the energy security of the United States, Europe and Israel, and is a critical element of the "Southern Corridor," which will further enhance diversification of energy supplies to our European allies”.

Noting that “Azerbaijan has consolidated its sovereignty and independence, and has become one of the most rapidly developing and modernizing countries in the world, the largest economy of the region and the biggest U.S. trade partner in the South Caucasus,” the resolution also mentions that “over the past 23 years, the United States of America and the Republic of Azerbaijan expanded their partnership and developed multi-faceted cooperation ranging from energy security, fight against international terrorism, drug and human trafficking to nonproliferation of weapons of mass destruction”.

“Azerbaijan was one of the first countries to render comprehensive and unconditional assistance to the United States after the terror attacks of 9/11, opening its airspace and airports for the use by coalition troops in Afghanistan and sending its soldiers to serve there shoulder-to-shoulder with U.S. troops,” the document further states.

Highlighting Azerbaijan’s traditions of tolerance, the documents says: “Azerbaijan has a long-standing tradition of peaceful co-existence between various ethnic and religious communities and is one of the few secular countries with a predominately Muslim population that maintains close, friendly ties with the State of Israel.”

Expressing the support of Nevada for the Azerbaijan-U.S. strategic partnership and friendship, the resolution concludes by noting that “it is critical for the U.S. to continue to further support the freedom and independence of its allies, such as Azerbaijan, and strengthen our relations with them in order to advance our common interests, presently and in the future”. 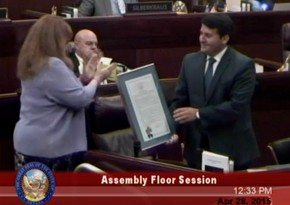 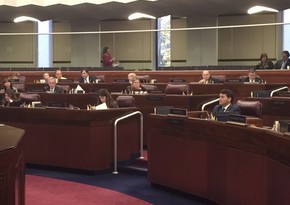 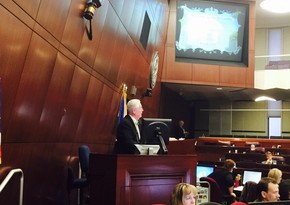 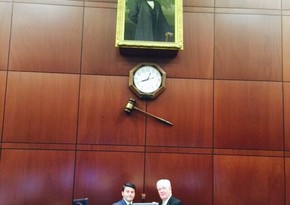 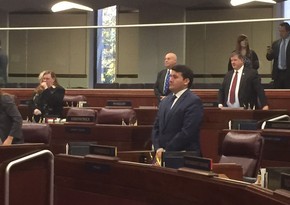 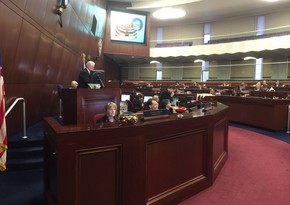 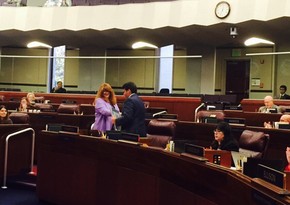 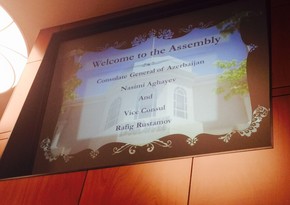 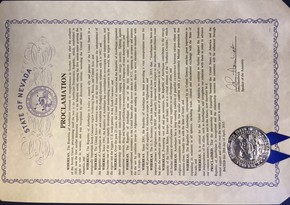 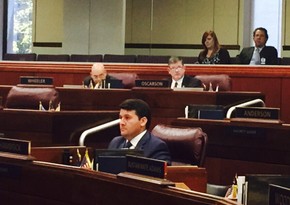 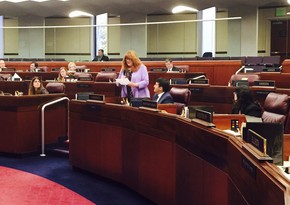 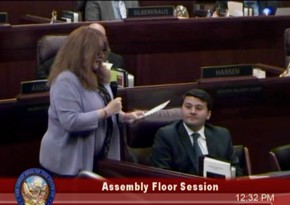 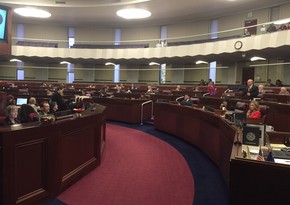