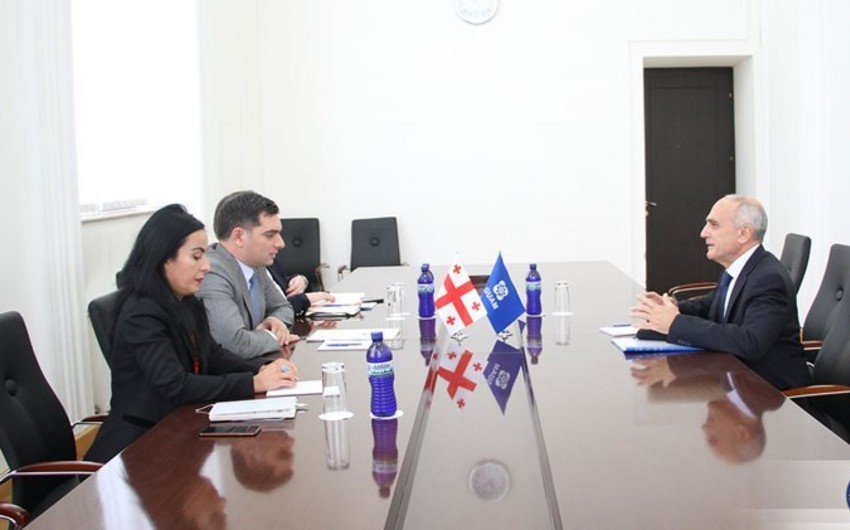 First Deputy Minister of Foreign Affairs of Georgia Vakhtang Makharoblishvili has met with Secretary General of Altai Efendiyev, Local bureau of Report informs coting the Georgian Foreign Ministry. Key issues on the agenda of the GUAM, including political, sectoral and inter-parliamentary cooperation were discussed during meeting.

The parties stressed the importance of implementation of projects and initiatives aimed at increasing the transport and trade and economic potential of the organization.

The meeting also focused on events planned during Ukraine's presidency in GUAM in 2019.