Kazakh mayor: Turkistan, Shusha have much in common

Kazakh mayor: Turkistan, Shusha have much in common Report presents interview with Umirzak Shukeyev, mayor of the Turkistan region of Kazakhstan 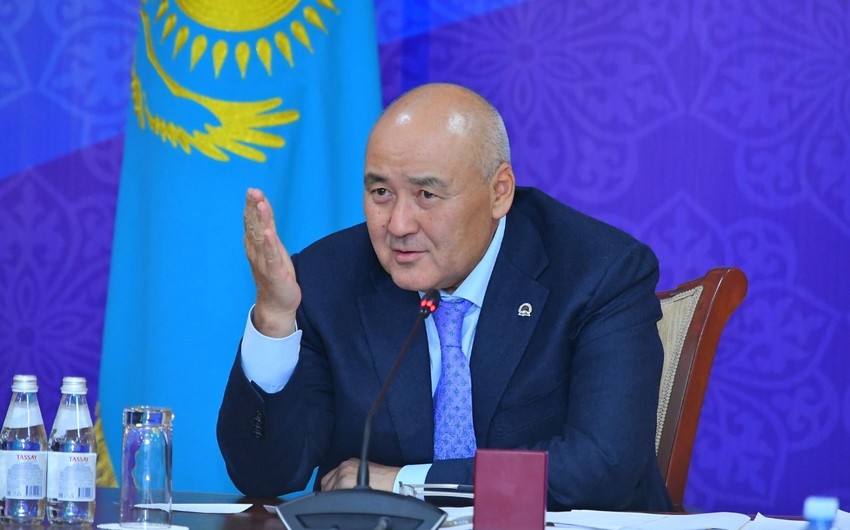 Report presents interview with Umirzak Shukeyev, mayor of the Turkistan region of Kazakhstan.

- Good day, dear Umirzak Estaevich. Thank you for taking the time and agreeing to give an interview to our news agency. Until the last moment, it was expected that Turkistan would become the venue for an informal summit of the heads of state of the Turkic Council. However, the situation with the pandemic in Kazakhstan changed the plans a bit - the summit will be held on March 31 in the format of a video conference. Nevertheless, a lot of organizational work was going on, the city was preparing to receive guests. Could you tell us a little about this?

First of all, I would like to thank you for the opportunity to tell our Azerbaijani friends how Turkistan prepared for this important event. It is symbolic that Kazakhstan took over the chairmanship in the summit from Azerbaijan. At the last face-to-face meeting of the Turkic Council in Baku in October 2019, First President - Nursultan Nazarbayev was awarded the status of the honorary chairman of the Turkic Council.

In his speech to the heads of state and participants, the first president of Kazakhstan focused on the importance of developing the "cradle of the Turkic world" - the city of Turkistan. At this informal summit, Turkistan is expected to be declared the spiritual capital of the Turkic world, and this step seems to me absolutely logical and justified.

The fact is that in 2018 Nursultan Abishevich delivered speech with an article "Seven Facets of the Great Steppe". The focus here is on the history of the country and the need for an objective understanding of the role of the people in global history.

In the article, Nursultan Nazarbayev cites seven things that the Kazakh steppe gave to mankind. Among them is the equestrian culture. It was in the steppe that man first domesticated a horse. This gave impetus to the development of communications, economy, and military affairs. Further - the ancient metallurgy of the Great Steppe. Our ancestors constantly developed the production of new, stronger metals, which opened up opportunities for accelerated technological progress.

Since the 8th century B.C., a new style became widespread in the steppe regions of Eurasia, called the "animal style". This style in art was used mainly for decorative purposes. Clothes, bronze cauldrons, altars, weapons and horse harness were decorated with various images of animals. It was a symbol of the relationship between man and nature, indicated our spiritual guidelines.

The pride of every Kazakhstani is the Golden Man. The skillful golden guise of a warrior indicates the confident mastery of the ancient masters of the technique of processing gold. It also revealed a rich mythology reflecting the strength and aesthetics of the Steppe civilization. 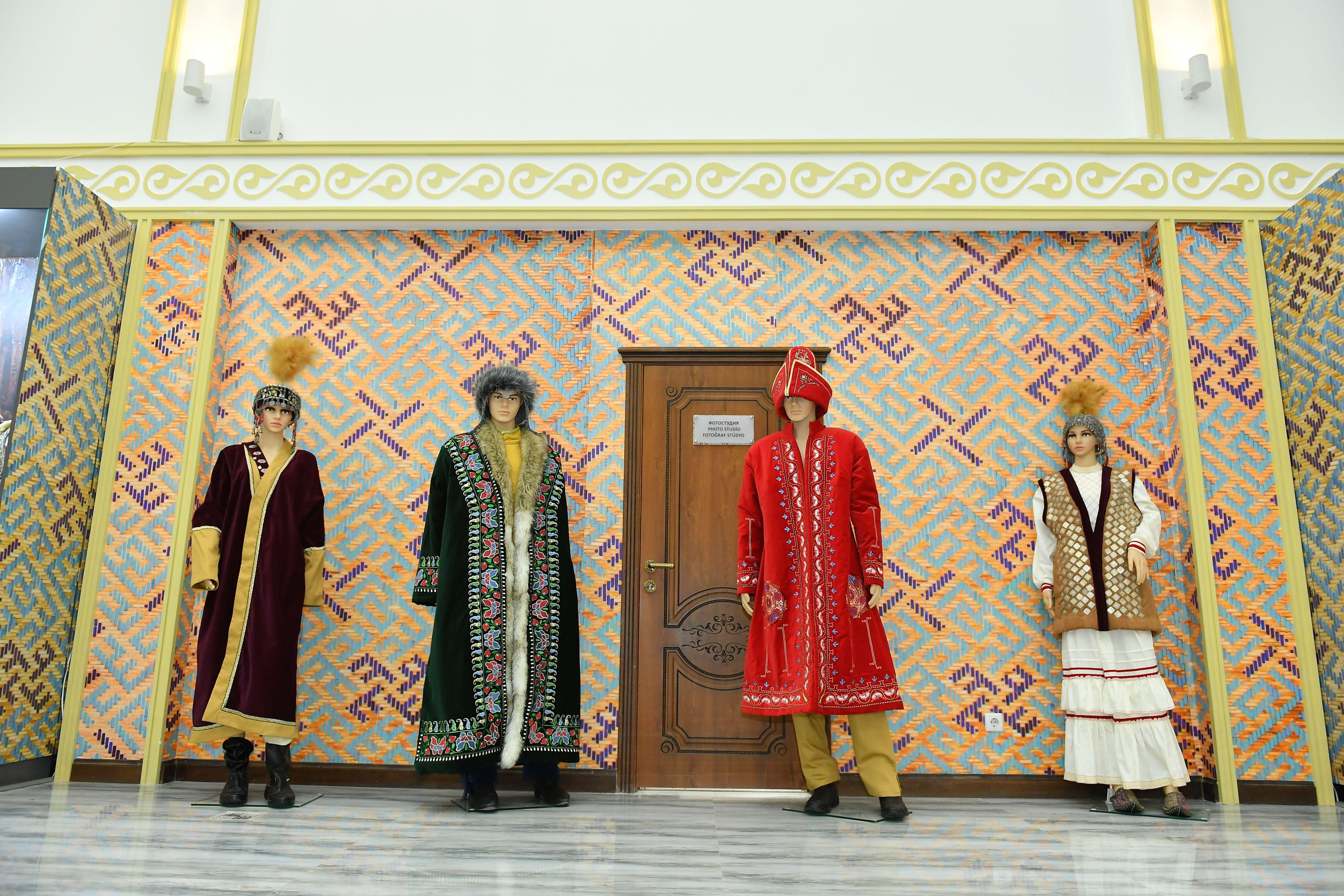 The next facet is directly related to Turkistan - the cradle of the Turkic world. Having mastered the space within wide geographical boundaries, the Turks managed to create a symbiosis of nomadic and sedentary civilizations, which led to the flourishing of medieval cities, including Yassy (the ancient name of the city), which became centers of art, science and world trade. Of course, one should mention the Great Silk Road, which has become a stable platform for the formation and development of global exchange of goods and intellectual cooperation between peoples.

And finally, the south of Kazakhstan is the birthplace of apples and tulips. The apples that we know are genetic varieties of the fruits of our Sivers apple tree, which grows in our Western Tien Shan mountains. It is also a scientifically proven fact that the progenitor of most varieties of tulips is the Greig’s tulip, which is listed in the Red Book of Kazakhstan. By the way, it is during the summit that our mountains and steppes will be covered with tulips.

You are absolutely right in noting the great organizational work for the preparation and holding of the summit. This involved significant human and technical resources. The main events of the summit were to take place in the Uly Dala Eli (The Land of Great Steppe) Center. This museum complex is also an initiative of Nursultan Abishevich. It was he who proposed to create a museum of ancient art and technology of the Great Steppe, which contains samples of art and technology, as well as displays of archaeological complexes and finds from different historical eras.

The residents of Turkistan made a huge contribution to the preparations for the summit. 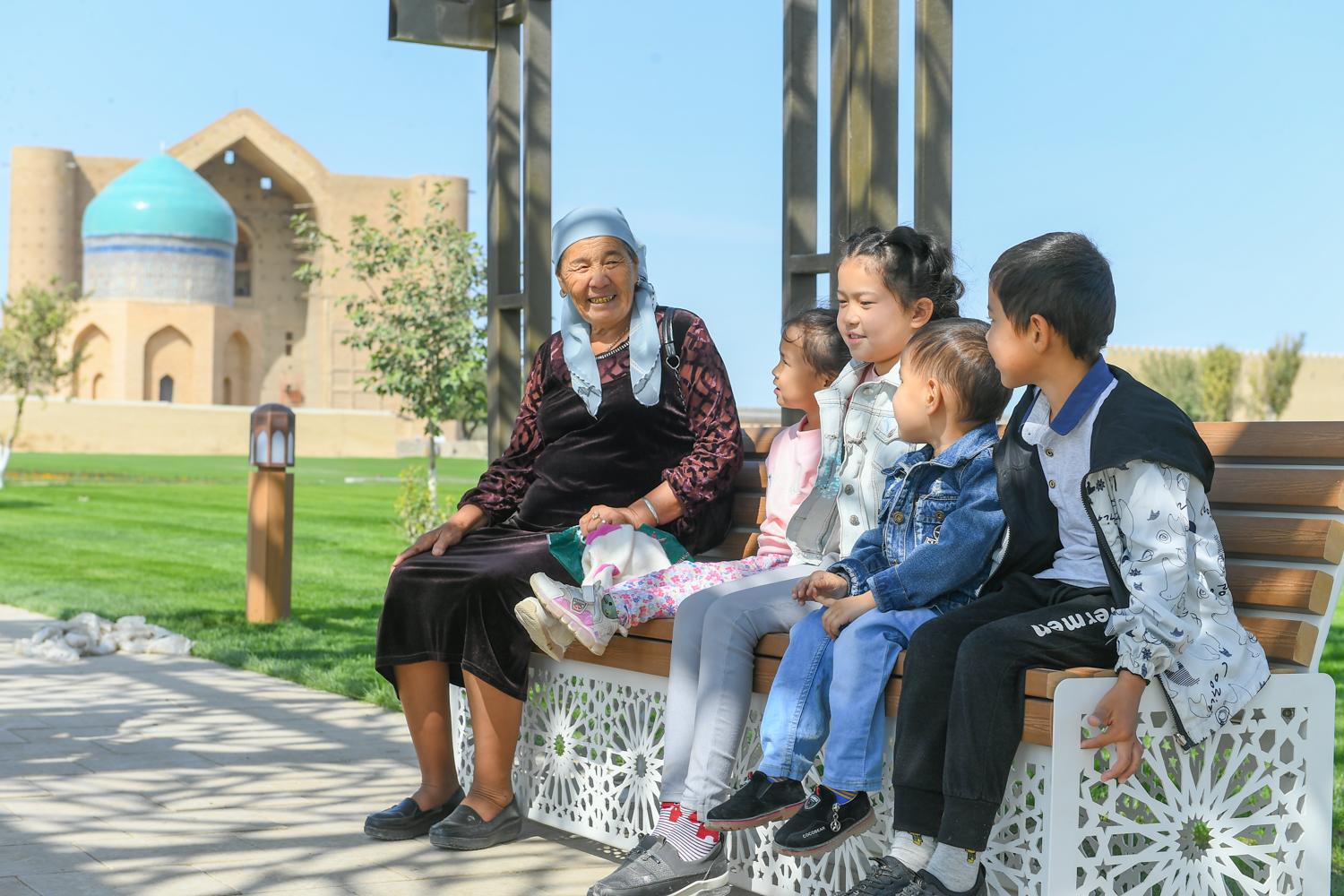 Every day we are working on the improvement of streets and roads. Parks and alleys are being built, the territories of mausoleums and open-air museums, the territories around historical monuments are being improved. The international hotels were ready to receive the summit participants. In a word, we did our best so that the heads of the Turkic Council states would have the best memories of Turkistan for a long time.

- During the 2020 autumn war in Nagorno-Karabakh, Azerbaijan liberated the city of Shusha, which has been considered the center of Azerbaijani culture since ancient times. Could you draw a parallel between Turkistan and Shusha? Can these two cities become centers of cultural attraction for the Kazakh and Azerbaijani peoples?

- President of Azerbaijan Ilham Aliyev said in an interview that he considers the city of Shusha worthy to become the cultural center of the region. He called the restoration of historical monuments one of the main tasks. He instructed to carry out a major overhaul of mosques in order to return them to their original appearance. As you can see, in this direction, there is a lot in common between Turkistan and Shusha. If we add the exchange of tourists, joint cultural programs to this – we will have all the conditions for the most favorable cooperation in the direction of tourism between our two countries. 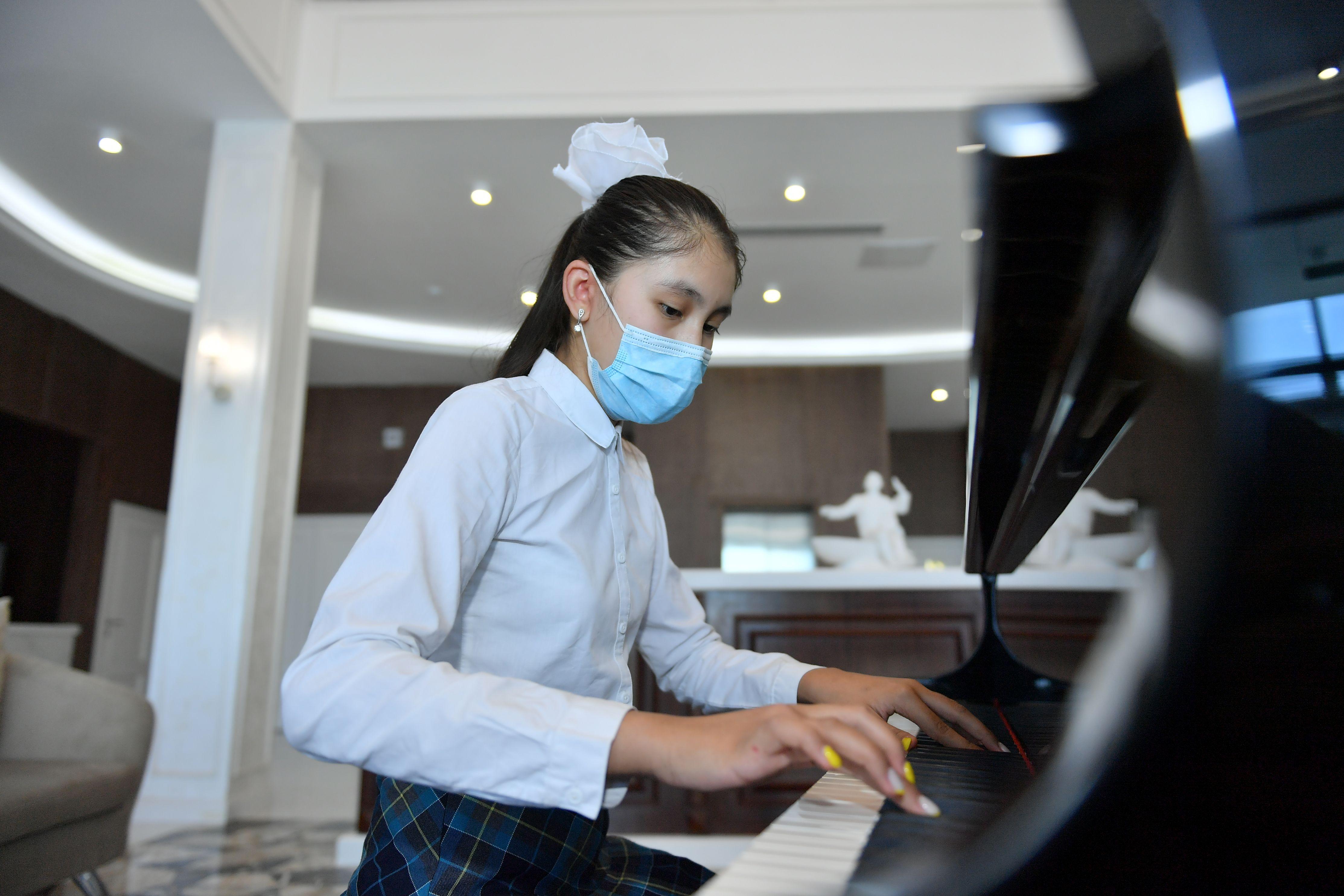 - At the end of the conversation, I would like to ask you to express your wishes to our readers in Azerbaijan.

- Today, a little more than 18,500 Azerbaijanis live in the Turkistan region, for whom Kazakhstan has become their homeland. The activists created the regional Azerbaijani ethnocultural center "Garabakh".

The center has a youth wing, a dance group and a Mothers’ Council. The ethnocultural association celebrates Azerbaijani folk holidays and is an active participant in all events held by the Assembly of the People of Kazakhstan in the Turkistan region. Entrepreneurs make a huge contribution to the socio-economic development of the region, including through charity. 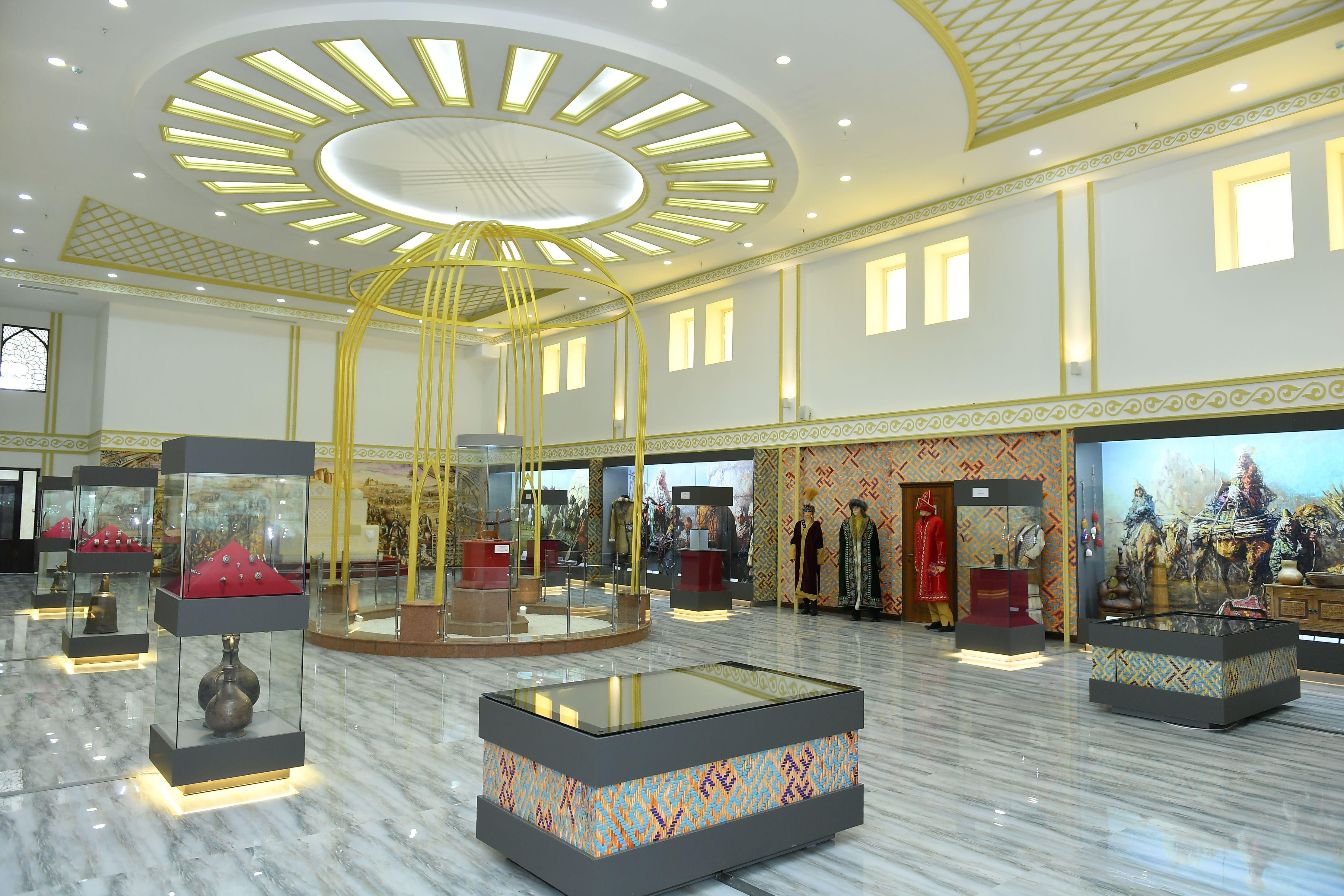 In the Keles region, on the border with Uzbekistan, there is a village called Azerbaijan. Turkistan region cooperates with your country in the field of folk arts and crafts based on the experience of the Azerbaijani ABAD model. Therefore, we are connected not only by Turkic roots.

On my own behalf and on behalf of all Turkistanis, I would like to congratulate all residents of Azerbaijan on our Turkic spring holiday Nauryz and wish them health, well-being, stability, prosperity and peace! Peace is the main thing for all of us.