Kazakh FM: Azerbaijan is our main partner in South Caucasus

Kazakh FM: Azerbaijan is our main partner in South Caucasus Relations of solid friendship and cooperation have been established between Azerbaijan and Kazakhstan 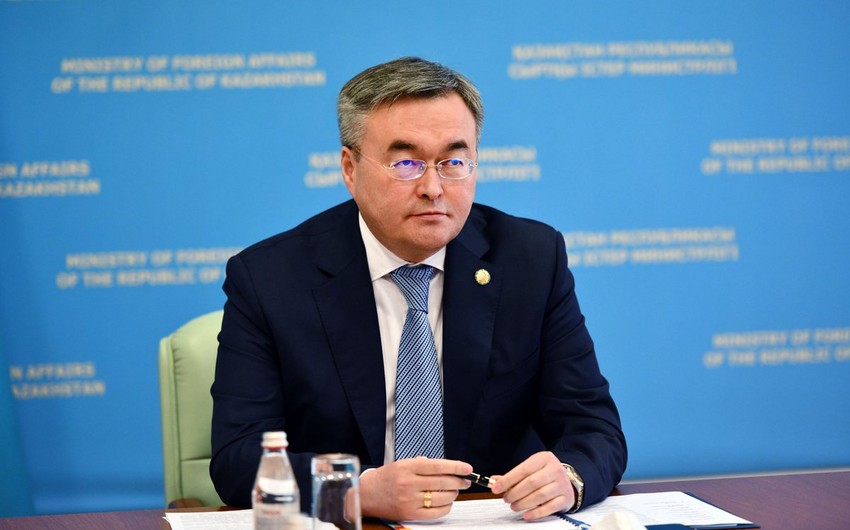 Relations of solid friendship and cooperation have been established between Azerbaijan and Kazakhstan, Kazakh Foreign Minister Mukhtar Tileuberdi said following a meeting with his Azerbaijani counterpart Jeyhun Bayramov in Baku, Report informs.

He said that the foundations of this strong friendship between the countries were laid by the first president of Kazakhstan, Nursultan Nazarbayev, and the national leader of Azerbaijan, Heydar Aliyev.

“Azerbaijan is our main political and economic partner in the South Caucasus region,” the Kazakh foreign minister added.

He also congratulated Azerbaijan on the liberation of the occupied territories and expressed condolences to all the relatives and friends of the martyrs who died for the freedom of their homeland.

The Kazakh foreign minister stressed that the trilateral agreements of November last year opened up opportunities for creating stability in the entire South Caucasus, as well as resuming communications in the region.