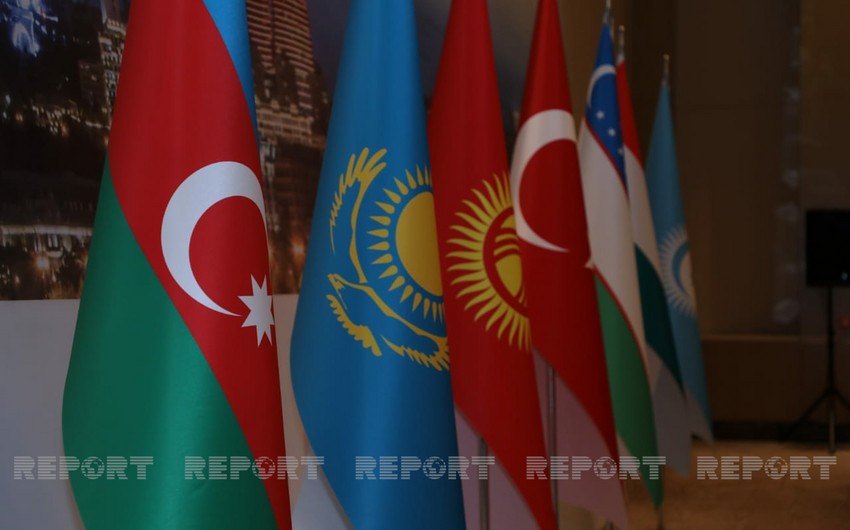 An ad hoc meeting of the Council of Foreign Ministers of the Turkic Council was held in Istanbul, where the memory of the martyrs of the Patriotic War was observed with a minute of silence, Report informs, citing the press service of the Foreign Ministry.

Opening the event, Minister Jeyhun Bayramov noted that the meeting coincided with a memorable for Azerbaijan event, that is, on this day, Azerbaijan marks as the Day of Remembrance of the memory of the men and women, who fell in the war for Azerbaijan’s sovereignty and territorial integrity against Armenia’s military aggression.

The minister noted that September 27, 2020 was a turning point in the history of Azerbaijan, and on that day, in response to yet another act of military aggression by Armenia, Azerbaijan began a just struggle to protect its territorial integrity and sovereignty to ensure the security of civilians.

It was noted that during the 44-day war, the Azerbaijani people, the Azerbaijani Armed Forces and the Supreme Commander-in-Chief demonstrated unity like an iron fist and liberated the occupied territories from nearly 30-year-long occupation.

Jeyhun Bayramov noted that the victory in the Great Patriotic War is a triumph of international law and justice, as a result of which the lawlessness that Armenia has been trying to make Azerbaijan and the world community to accept for years has been put to an end.

Jeyhun Bayramov reminded that the Turkic Council and member states have consistently supported the just position of Azerbaijan and demonstrated a principled position and thanked for it. Then a minute of silence was observed in memory of the martyrs who died for the sovereignty and territorial integrity of Azerbaijan.

After commemorating the martyrs, the meeting continued with an opening speech by Turkish Foreign Minister Mevlut Cavusoglu. Following the discussions, a statement of the Council of Ministers was adopted. The sides also exchanged views on preparations for the summit of the Turkic Council, slated for November, as well as other issues on the agenda of the organization.