Israeli and Palestinian Ambassadors commented on Trump's statement on Middle East Nasser Abdul Karim: Transfer of the US Embassy from Tel Aviv to Jerusalem will open Pandora's box 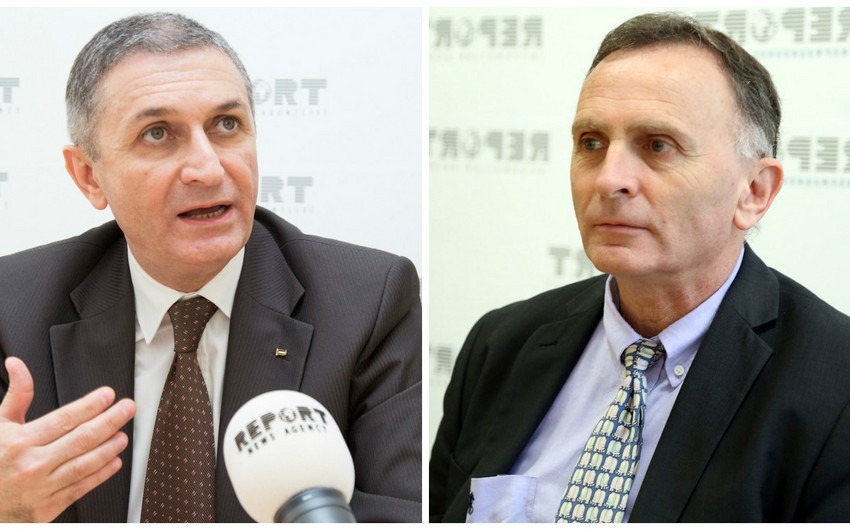 Baku. 17 February. REPORT.AZ/ Ambassadors of Israel and the State of Palestine in Azerbaijan commented on the statement of US president Donald Trump that Washington might reconsider the principle of "two states for two nations" in resolving the Israeli-Palestinian conflict.

Report informs, Ambassador of the State of Palestine to Azerbaijan Nasser Abdul Karim said that, the Palestinian position is that there are no realistic and practical alternatives to “two state solution”, and it is the only option that Palestine would vigorously continue to espouse, as well as it has been for decades the cornerstone of a Global consensus as a basic requirement for peace in the middle-east, and longstanding policy of the US.

According to Nasser Abdul Karim, a one-state solution advocated and practiced by current members of the Israeli government, would enshrine apartheid as the system of the state, with all what that may entail of perpetual occupation, extremism and violence within the region and beyond, thus destroying any chances for peace and undermining American interests, standing and credibility abroad.

As for moving the US Embassy from Tel-Aviv to Jerusalem, the ambassador said that it looks like that the Trump administration is probably walking back from that option after its realization that other than it’s against International law and multiple UN resolutions, such move would open a Pandora box.

"We think, that accommodating the most extreme and irresponsible elements in Israel is no way to make responsible foreign policy", said ambassador of the State of Palestine.

Israeli Ambassador to Baku Dan Stav said: “Prime Minister Netanyahu emphasized yesterday in Washington that the Palestinians are rejecting any kind of agreement. They are reluctant to recognize the state of Israel as a Jewish state and that is the root of the conflict and the reason why peace has not been achieved. The conflict should be solved through direct peace talks”, concluded Israeli diplomat.