Iryna Hrymak: Azerbaijanis in Ukraine always feel support of local authorities The Azerbaijani diaspora in the Lviv region, despite that it doesn’t have its own official organization, enjoys all the rights to cultural and spiritual development, as well as support from local authorities 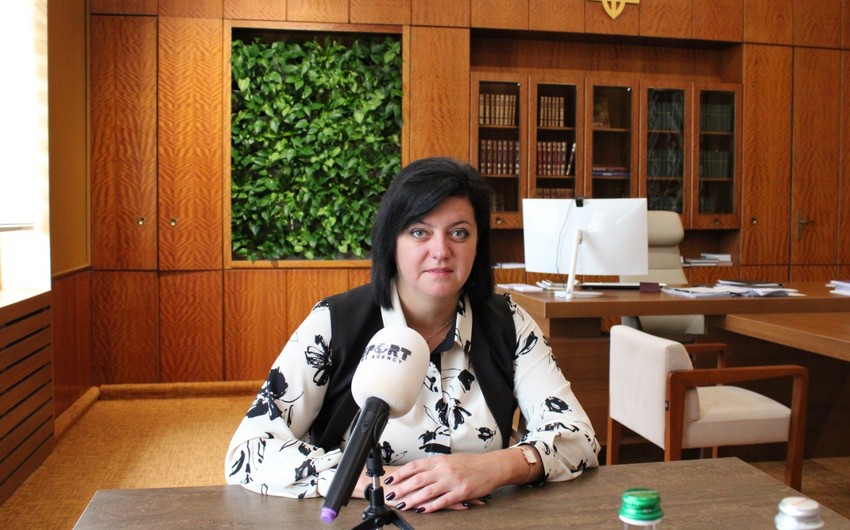 - In Ukraine, which is a parliamentary country, the region you represent has a leading and strategic importance. At what level is the activity of the regional council from this point of view, and to what extent does it justify itself in cooperation with foreign countries, including Azerbaijan? What does this collaboration lack?

- First of all, let me thank you for the opportunity to convey information about Ukraine and Lviv region to a wide Azerbaijani audience and express my sincere respect for your country and the Azerbaijani people. Though Lviv and Baku are separated by more than 2,500 kilometers, our countries and peoples are linked by many strong threads of friendship and cooperation, and in their fate, one can find parallels and moments that allow us to understand each other well.

The Lviv region has always played and continues to play an important role in establishing the traditions of Ukrainian statehood. Thanks to the inner thirst for the activity of the inhabitants of our region, in 2014, our state managed to make the final strategic choice in favor of European political values. Today, this choice within the country is no longer challenged by anyone, and Ukraine’s desire to develop precisely as a part of the European community is reflected in the Constitution and in the laws of our country.

However, in real life, there is often a difficult and complex path between a declaration of intent and its practical implementation. To truly become a successful modern country, Ukraine is implementing large-scale reforms. The Ukrainian people are also waging an irreconcilable struggle for their territorial integrity since not all of our neighbors like the changes that are taking place in our country.

Despite all the difficulties, Ukrainian reforms are demonstrating positive dynamics, including thanks to the international support of Ukraine’s friends and partners, among which I am very pleased to name Azerbaijan.

Unfortunately, the pandemic that has been raging on our planet for the second year now has led to a sharp reduction in international contacts at all levels. Ukrainian - Azerbaijani relations were no exception. But the involuntary pause also allowed us to rethink our previous experience and sharply understand the value of international cooperation for the development of the region. 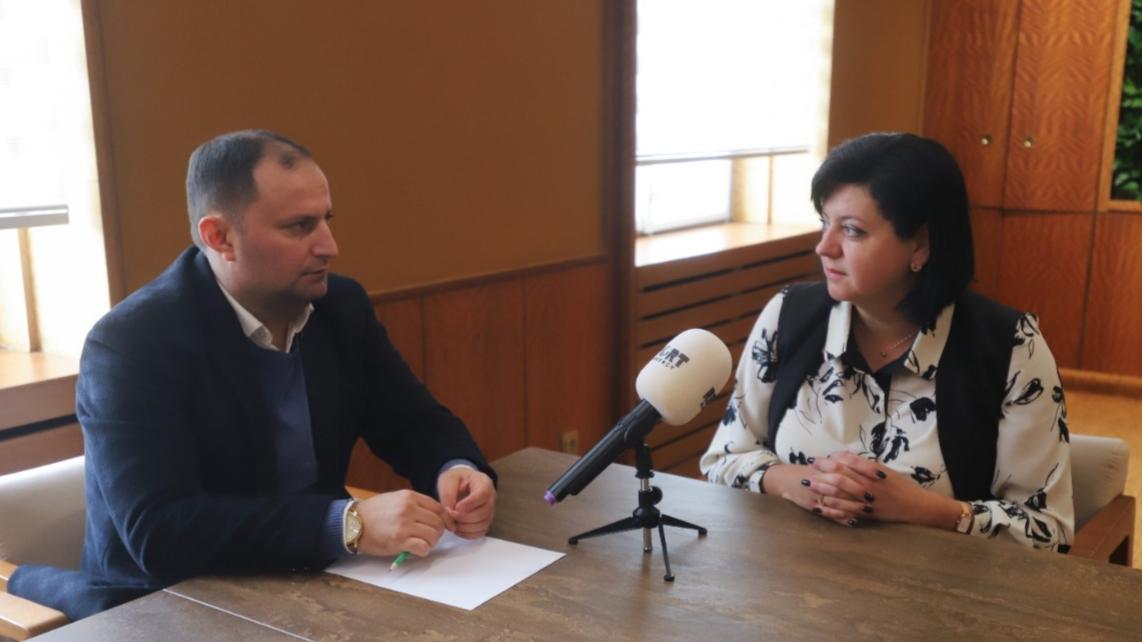 - Lviv is one of the regions most affected by the pandemic, and it is also rich in natural resources and opportunities. What regional bills have been adopted by the regional council to protect these areas from the socio-economic impact of the pandemic? What issues are currently being brought up for consideration?

- For the Lviv Regional Council, since the beginning of the pandemic, the priority in its work has become not just the development of the medical care system for the population but its readiness to respond to the challenges associated with the coronavirus. The complexity of the situation was also in the fact that in Ukraine at that moment, the healthcare reform had not been completed at the state level. Therefore, regional councils, as the highest bodies of local self-government in the regions, were obliged to help the state. Lviv Regional Council this year has developed a special comprehensive program to support the healthcare system. Significant financial resources have been allocated for its implementation. This allowed us to prepare hospitals in the shortest possible terms, provide them with the necessary equipment, medicines and modernize special vehicles. I really hope that this winter, the healthcare sector of the Lviv region is ready for all scenarios of combating a pandemic.

Another equally important challenge for us was the development of measures aimed at helping our people to overcome the negative socio-economic consequences of the pandemic. The Lviv Regional Council has established several programs aimed at providing support to socially vulnerable categories of the population. For active citizens and businesses, we regularly hold competitions for micro and macro projects. This mechanism allows us to select and fund initiatives aimed at effectively addressing the negative impact of the pandemic on the ground. Our divisions also provide active information, advisory and educational support to all initiatives that are being implemented in our area.

I would also like to dwell on the need to intensify international, regional cooperation. International investment in our economy is a powerful factor in its recovery from the crisis caused by the pandemic. Let me take this opportunity to address the business representatives of Azerbaijan and invite them to implement projects in the Lviv region. Despite the negative trends associated with the pandemic, last year, about 50 enterprises of our region exported their products to Azerbaijan, 12 companies with Azerbaijani capital are successfully operating in the Lviv region, including the state-owned SOCAR company. The development of Ukrainian-Azerbaijani business relations is facilitated by regular flights between Lviv and Baku.

- Considering that Ukraine as a whole is in the process of reforms, how and with what does the regional council participate in this process from the point of view of its activities in Lviv?

- For the regions of Ukraine, one of the most important reforms is the reform of decentralization. It is aimed at enhancing the role of local self-government, unlocking the potential and energy of territorial communities, and as a result, raising the standards of the quality of life of people in all corners of our country. This reform led to a change in the role of regional councils. Today, the regional council is not just the main body of local self-government in the regions, which forms and is responsible for the implementation of their development strategy. From now on, regional councils are also called upon to help communities develop in a harmonious and balanced way. As a result of the decentralization reform, 73 communities were created in the Lviv region. Deputies of the Lviv Regional Council delve deeply into the problems of community development. They initiated a number of important changes in laws before parliament, for example, aimed at improving the taxation system or creating conditions for the development of agglomerations. 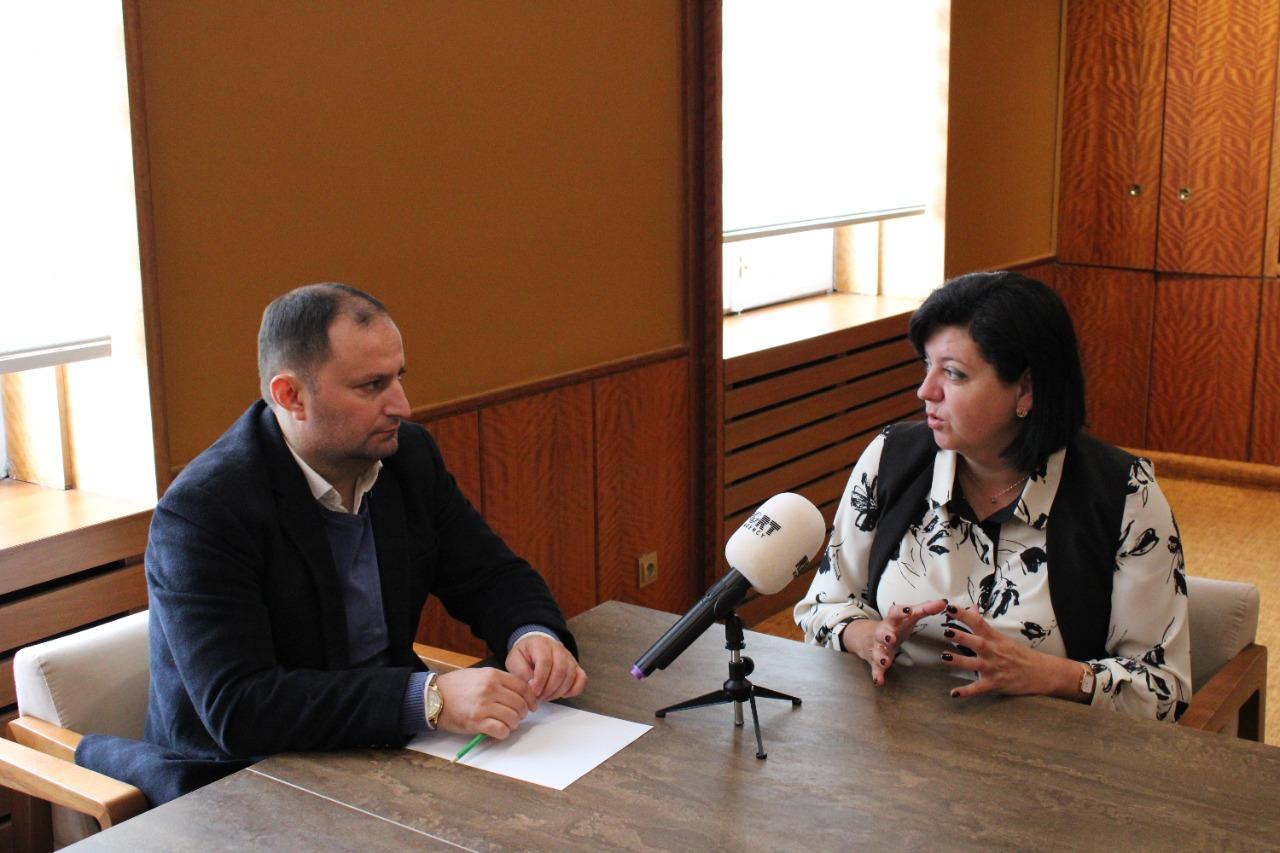 - In several regions of Ukraine, regional councils adopted documents related to the realities of Azerbaijan, which is a strategic partner and close friend of the country, as well as for the installation of a monument representing Azerbaijan. Is it possible to discuss such a document in your council?

- The Lviv region has been developing partnerships with several regions of Azerbaijan for many years. Our resort town Truskavets is friends with the Azerbaijani city of Guba. The Lviv State Administration cooperates with the executive branch of the Nakhchivan Autonomous Republic. Before the pandemic, we actively exchanged delegations. This spring, our regional council appealed to the Azerbaijani embassy in Ukraine with an initiative to further develop and deepen the partnership between the Lviv region and the Nakhchivan Autonomous Republic, and now we are preparing for mutual visits and new bilateral mutually beneficial initiatives.

I think that all of these are really convincing examples of the constructive position of our council in the development of multifaceted cooperation with Azerbaijan. As the head of the Lviv Regional Council, on behalf of all its deputies, I want to assure you that we are ready to support and promote initiatives in the cultural and economic spheres aimed at strengthening and developing Ukrainian-Azerbaijani relations, as well as mutually beneficial relations with countries that are interested in this.

At the same time, let me draw your attention to the important point that specific decisions on the establishment of monuments are made exclusively by local councils of those territorial communities and settlements where these monuments will be installed. The decisions of local councils are of a collegial nature, and the regional council has no right to influence them.

- It seems to me that the problem you mentioned in your question is far-fetched. It distorts reality. The Lviv region, with a population of about 2.5 million people, is home to a compact but active Azerbaijani diaspora, somewhere around 1,000 people. Among them are well-known and respected people: doctors, scientists, teachers, heads of public utilities, athletes, as well as businessmen, and even politicians. The Azerbaijani diaspora in the Lviv region, despite that it doesn’t have its own official organization, enjoys all the rights to cultural and spiritual development, as well as support from local authorities.

For example, Azerbaijani culture and its traditions are necessarily represented in the programs of the annual regional Etnovyr Festival. Azerbaijani performers and singers were guests and participants of the international festival of contemporary music “Contrasts,” artists come to us for the international festival of Parajanov. Since 2018, the International vocalist competition In Memory of Muslim Magomayev has been held in Truskavets. Azerbaijani opera stars regularly perform on the stage of the Lviv Opera House.

And there is no doubt that ethnic Azerbaijanis, citizens of our country if they have a desire and need, can be actively involved and are involved in the development of local self-government at all levels in the teams of political parties that operate in Ukraine. That’s because today, all citizens of Ukraine, beyond their ethnic origin, are members of a large modern political Ukrainian nation, which, despite all the difficulties, is looking confidently into its future.

I would like to take this opportunity to invite everyone who reads us to visit the Lviv region. This is a very picturesque, culturally and historically rich region. There is magnificent nature with picturesque landscapes, beautiful Carpathian mountains, incredible mountain rivers and waterfalls, ancient castles, national parks and reserves, wonderful resorts: Truskavets, Skhidnytsia, Morshyn.

And also - our region is famous for hospitable people, delicious food and beautiful architecture. Come to Lviv region and Lviv! 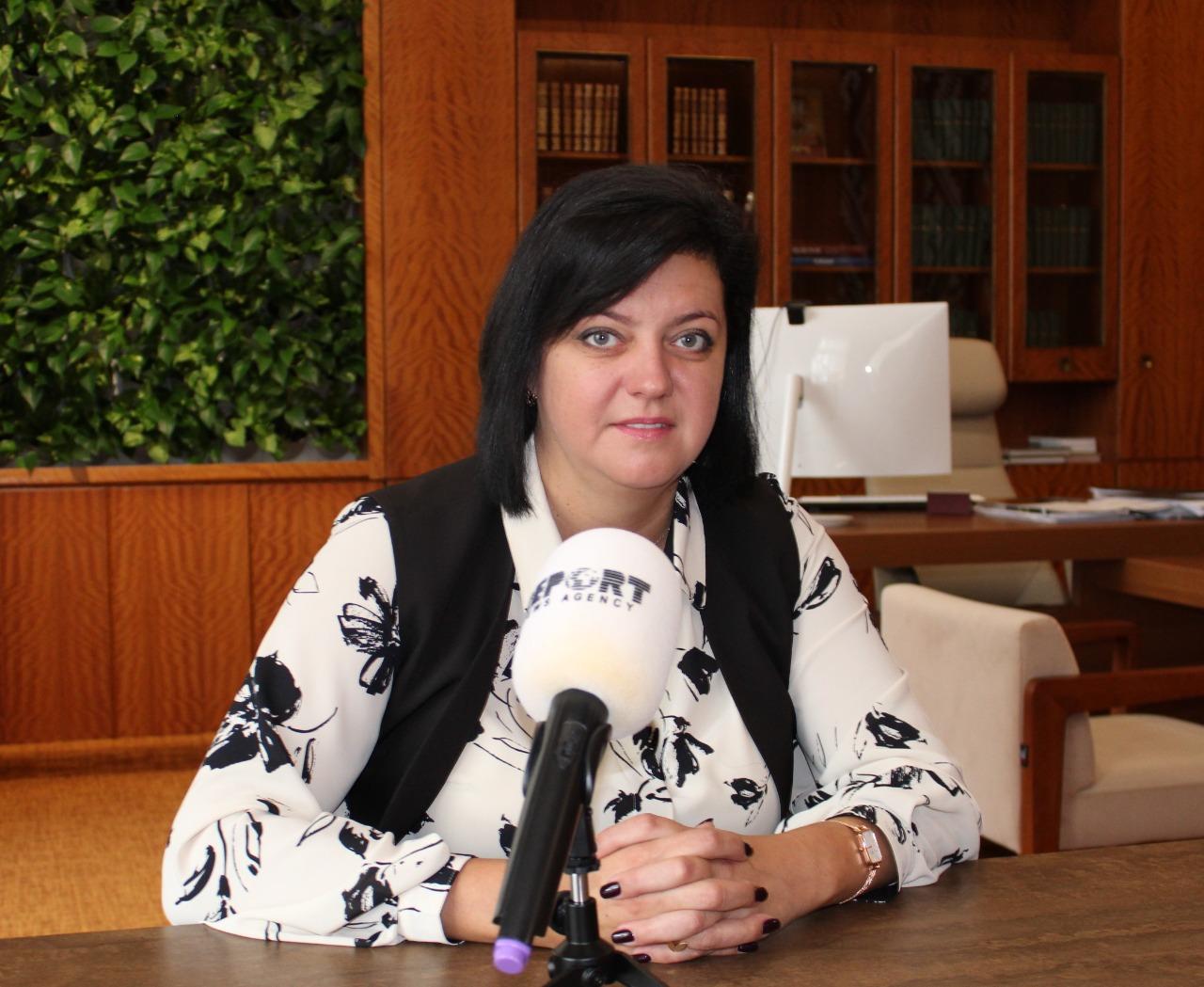