Ilham Aliyev thanks Šefik Džaferović Thank you once again for Bosnia and Herzegovina's open position regarding the settlement of the Armenia-Azerbaijan Nagorno-Karabakh conflict in line with our country's territorial integrity, sovereignty and inviolability of its borders
144 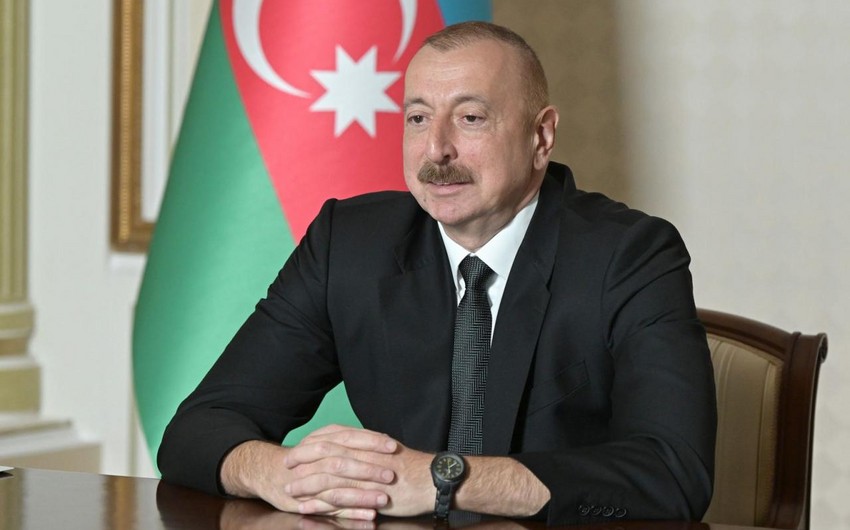 President of Azerbaijan Ilham Aliyev has sent a letter to Chairman of the Presidency of Bosnia and Herzegovina Šefik Džaferović.

It is on my behalf and on behalf of the Azerbaijani people that I express my gratitude for the condolences you offered regarding the loss of life of our military servicemen and a civilian as a result of the sudden and heinous attack by Armenia and your country's objective position concerning this recent event.

On 12 July 2020, armed forces of Armenia had resorted to military provocation by using artillery in the Tovuz direction, along the Azerbaijan-Armenia state border, thus blatantly violating the ceasefire regime. Even though the enemy's attack was repelled thanks to counter fire and counteroffensive measures, in the following days, Armenia's military-political leadership carried on with its reckless and aggressive policy and ordered the bombardment of our military and civil installations and private properties.

As you know, for nearly 30 years, Azerbaijan's Nagorno-Karabakh region and seven surrounding districts have remained under Armenian occupation, with over one million Azerbaijanis expelled from their native lands. The most recent developments have demonstrated that Armenia's leadership is duplicitous, and the country itself is an aggressor. Therefore, the very attack has been the continuation of Armenia's policy of aggression.

The targeting of children, women, and the elderly, along with the military personnel, during the attack, is vivid evidence that, to this day, the perpetrators of the Khojaly genocide are still represented within Armenia's present leadership.

Armenia's malicious and sordid provocation has been thwarted thanks to Azerbaijan's military might and courage of our heroic sons, and that will remain to be the case in the future.

Thank you once again for Bosnia and Herzegovina's open position regarding the settlement of the Armenia-Azerbaijan Nagorno-Karabakh conflict in line with our country's territorial integrity, sovereignty and inviolability of its borders, and under the norms and principles of the international law and relevant UN Security Council resolutions.

In turn, we share the grief of the Bosnian people who had gone through the Srebrenica tragedy of 1995 and honor, with profound esteem, the dear memory of the victims of the massacre.

I am confident that the relations of friendship and partnership between our countries will continue to expand through our joint efforts for our people's prosperity.

I wish the best of health and success to you, and everlasting peace and prosperity to the friendly people of Bosnia and Herzegovina.