Colombian Ambassador addresses people of Azerbaijan " I am sure that with the spirit of solidarity that emerges more strongly in adversities, we will be strengthened and united as fraternal peoples." 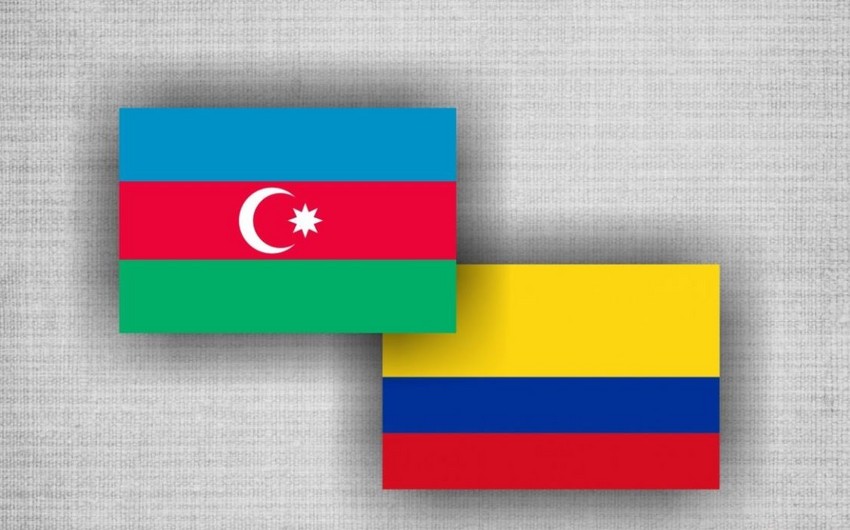 Ambassador of Columbia to Azerbaijan, Luis Antonio Dimate Cardenas addressed to the people and Government of Azerbaijan on the occasion of celebration of National Day of Colombia.

"Dear friends, It is a great honor for me to greet you on this happy occasion when the people of Colombia commemorate the gesture of July 20, 1810, which marked the beginning independence process that would end nine years later in the Battle of Boyacá, when the freedom of our country was forever sealed. Today we pay tribute to the heroes who bequeathed us freedom and, with their sacrifice, laid the foundations of a great and sovereign nation. Two centuries have passed since those heroic deeds. Two centuries of work and effort that today allow us to see the future with optimism. Colombia is a nation with strong institutions and a solid and stable economy; a nation fully committed to peace, democracy, human rights, and sustainable development; a nation determined to overcome the great challenges it has on the road and to achieve the well-being and progress of all its inhabitants, guided by the principles of legality, entrepreneurship, and equity promoted by the Government of President Iván Duque. Today Colombia is a nation that plays an increasingly active role on the international scene, contributes and promotes cooperation, and seeks further to strengthen ties of friendship and solidarity with other nations.
A clear example of this is the significant progress we have made in recent years in our relations with Azerbaijan, a friendly country with which, in addition to an excellent political dialogue, we share an increasingly important agenda in the areas of trade, culture, education, and technical cooperation. As Colombia's first ambassador to Azerbaijan, I am firmly committed to the continued strengthening of these fraternal bonds that we have forged. I count on my colleagues in the embassy and the compatriots living in Azerbaijan. With their creativity and hard work, they contribute to the development of this beautiful country that welcomes us today. We celebrate this national anniversary amid a health crisis that has tested our resilience, which prevents us from sharing physically. However, I am sure that with the spirit of solidarity that emerges more strongly in adversities, we will be strengthened and united as fraternal peoples. In conclusion, let me renew to the government and people of Azerbaijan the wishes of President Ivan Duque and our Minister for Foreign Affairs, Claudia Blum, to strengthen the bonds of friendship and cooperation between our two countries, as well as our wishes for the well-being and progress of Azerbaijan."