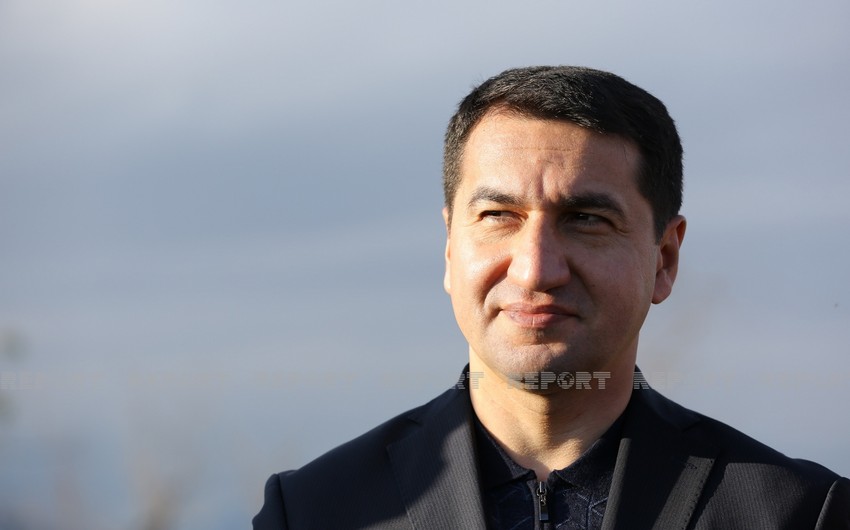 Turkey and Azerbaijan are friendly countries, and Turkey always extends a helping hand to brotherly Azerbaijan, Assistant to the President of Azerbaijan, Head of the Foreign Policy Department of the Presidential Administration Hikmet Hajiyev told the Special Edition Talks program of the Islamic Solidarity Youth Forum, of which 56 countries are members, Report informs referring to HaberTurk.

Hikmet Hajiyev said that during the 44-day Patriotic War, Azerbaijan saw that the Turkish people were always nearby, expressed their support, which made the Azerbaijani people very happy. The Turkish people's support and the diplomatic assistance of brotherly country motivated Azerbaijan and became a source of strength in the war.

Speaking about the Khojaly tragedy, Hikmet Hajiyev called it genocide against the Azerbaijani people. 613 people became victims of the tragedy, including children, old people, and women. Many organizations have called it a crime against humanity. Former presidents of Armenia Robert Kocharyan and Serzh Sargsyan were behind the operation, Hajiyev said.

He reminded that Armenia repeated these war crimes during the 44-day war. The bombs that were fired at Azerbaijan killed hundreds of civilians.