Governor: Businessmen arriving from Azerbaijan to get free access to Europe from Ukraine

Governor: Businessmen arriving from Azerbaijan to get free access to Europe from Ukraine Eastern Europe Bureau of Report presents an interview with Governor of Ukraine’s Ternopil Region Volodymyr Trush 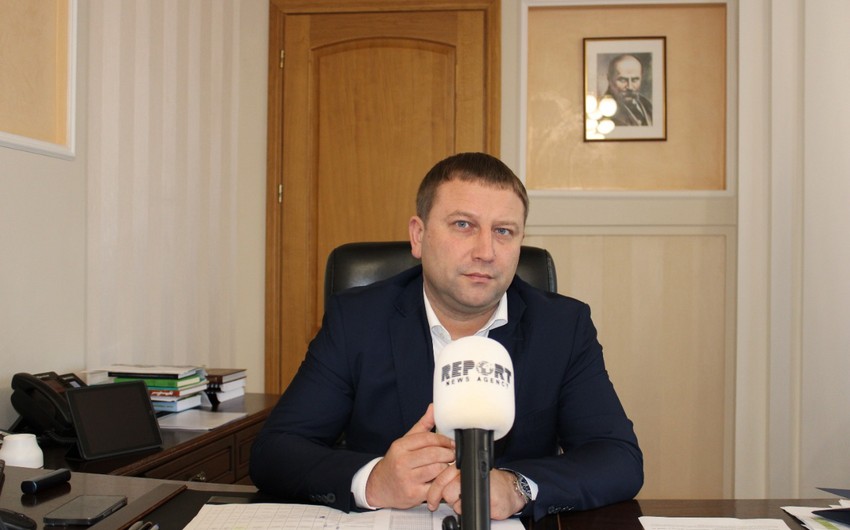 - How do you assess the current level of development of relations between the regions of Azerbaijan and Ukraine? Which sectors need deepening cooperation?

- The establishment of international interregional cooperation, in particular with the Azerbaijani districts, is one of the priorities of the Ternopil Regional State Administration. The geography of partnerships between our region and the regions of foreign states is of multi-vector nature. So far, nine interregional agreements have been signed. The Joint Intergovernmental Ukraine-Azerbaijan Commission on Economic Cooperation is one of the instruments to support such friendly relations. This year, the Ukraine-Azerbaijan Business Council began its activities. The regional state administration began cooperation with this structure and provided the head of the Ukrainian part of the Ukraine-Azerbaijan Business Council, Petro Mykhailenko, with information materials about the Ternopil region, in particular, a catalog of export business proposals of the region and a video presentation of the potential of our region.

- Ukraine is at the stage of reforms. What steps is your region taking in this regard?

- Large-scale reforms are underway in various sectors in our region, as well as at the country level. This makes it possible to implement large infrastructure projects in different directions, which enables improving the quality of life of the region’s population, as well as to ensure high standards for the development of medicine, education and the social sphere. To exercise the powers of (territorial) communities during 2020-2021, nine centers for the provision of administrative services were created in the region, one mobile center and four regional centers were provided with stations for the production of passport documents. Currently, construction/rehabilitation of five new and modernization of six existing centers for the provision of administrative services is underway. 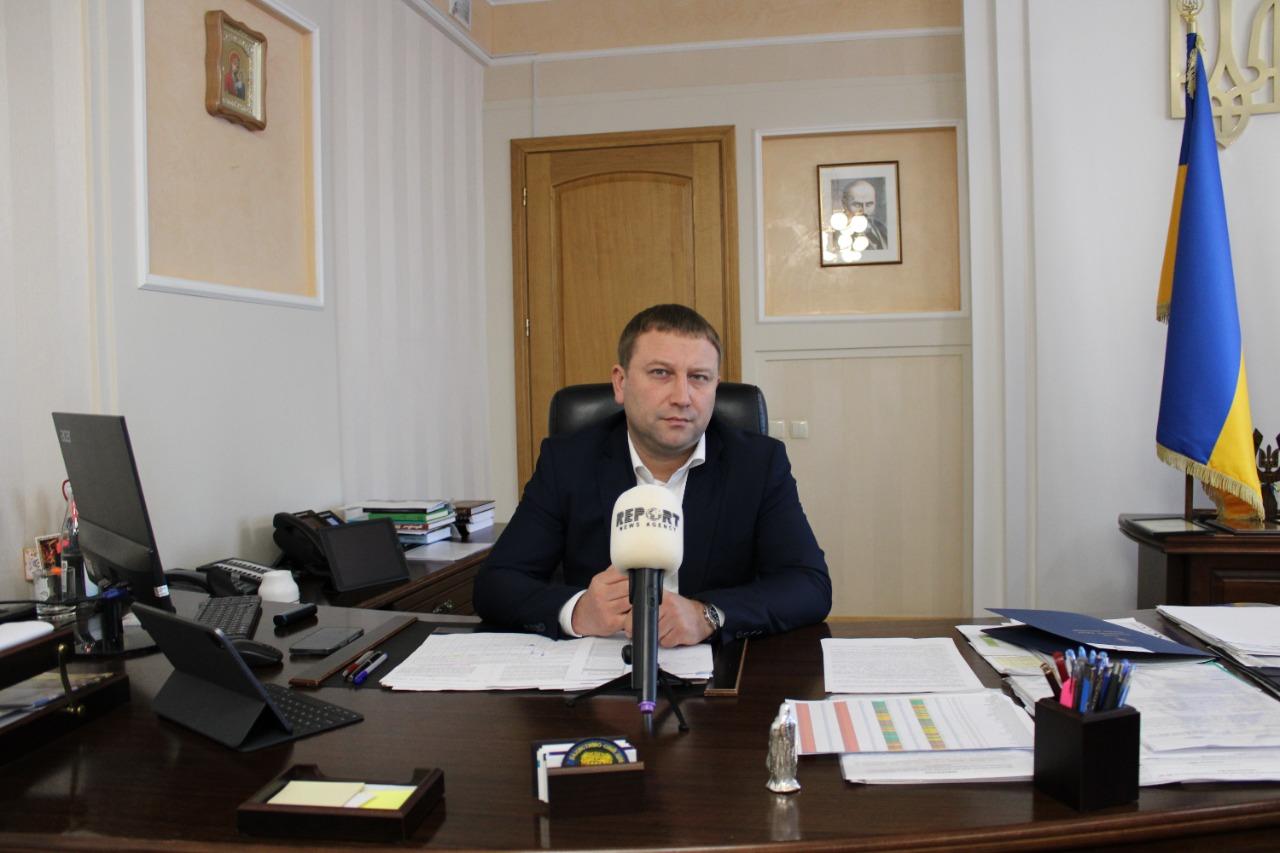 The region also has a network of business advisory points in local communities. For ten months of 2021, they provided more than 1,000 information and advisory services to existing and potential business entities. As part of the regional program for the development of small and medium-sized businesses for 2021-2023, small businesses in the region have implemented their projects worth about 30 million hryvnia (about $1.135 million). We invite Azerbaijani business to create joint ventures in the Ternopil region, because they will receive not only comprehensive assistance from the authorities, but also simplified access to the markets of the EU and other countries within free trade agreements in force in Ukraine. Five years ago, not a single kilometer of state roads could be repaired in the Ternopil region.

Thanks to the program of Ukrainian President Volodymyr Zelensky “Big Construction” for 2020, more than 162 kilometers of state highways have been reconstructed in the region. This is while 84.5 kilometers of these roads are finished in the upper layer. Moreover, sidewalks and a new lighting system, barrier fencing and new road signs are being installed in settlements. This year we plan to repair 200 kilometers of roads. This figure is a record high for all the years of the country’s independence. Moreover, this plan is larger than the total length of repaired roads in the region from 2010 to 2019. The main target is the international highway M-30, on the territory of the region, the length of which is 106.3 kilometers. We could also cooperate in this industry.

Azerbaijani business has established itself in Ukraine as a reliable contractor, in particular, the AzVirt company (overhaul of the M-01 Kyiv-Chernihiv-Novi Iarylovychi highway section) and the Evrascon company began the construction of three transport interchanges on the M-05 Kyiv-Odesa, M-06 Kyiv-Chop highways.

- How do you see the role of ethnic peoples, including Azerbaijanis, in this reform in general and in the development of the regional economy in particular?

- Representatives of the Azerbaijani community in the region represent small and medium-sized businesses, which are an important component of the development of the region’s economy and the well-being of its residents. The sphere of higher education is also one of the directions of attracting the Azerbaijani minority to the development of the Ternopil region. Ternopil Volodymyr Hnatiuk National Pedagogical University cooperates with Nakhchivan State University on the basis of a signed agreement on the exchange of experience between teaching and student teams. Nine students from Azerbaijan study at the West Ukrainian National University: two are full-time students and seven attend extramural studies. In addition, we invite Azerbaijani students to the medical and polytechnic universities. 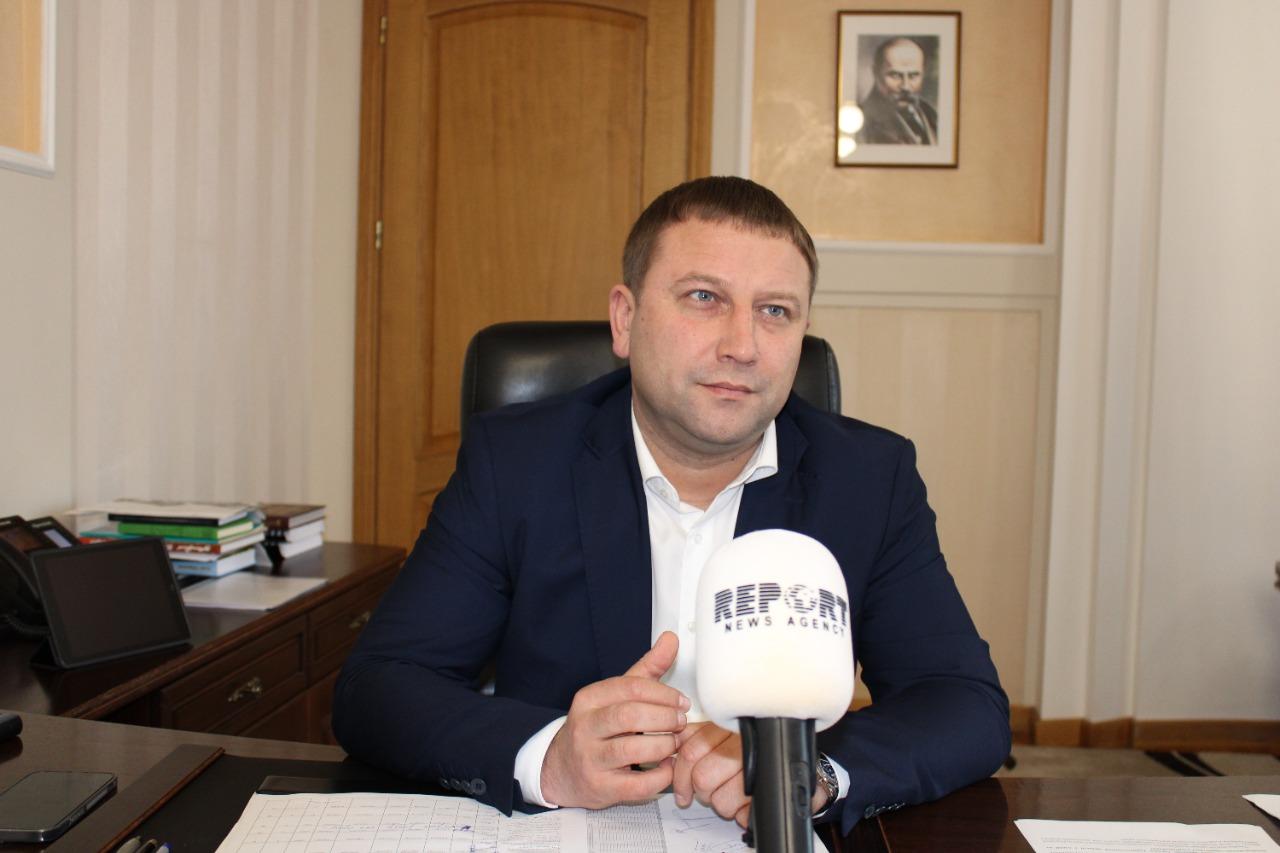 - Ukraine today lives in a period when there is a war going on and needs the cohesion not only of Ukrainians themselves, but also of ethnic minorities...

- They say that ‘Knowing the Truth makes you a Free Person.’ We try by all means to convey the truth about the events in Ukraine, including the fight against the aggressor and the occupier, to all people of good will, including representatives of different nationalities living in the Ternopil region. We sincerely believe that they, using the methods of “people’s diplomacy,” will convey this information to citizens living in countries where their roots originate, destroying the networks of enemy propaganda and lies, and multiplying the circle of Ukraine’s supporters.

- How is cooperation with the Azerbaijani diaspora developing? Do you follow the activity of Azerbaijanis in Ukraine (in your region)? How do you assess this activity?

- The regional state administration seeks to build partnerships with representatives of all nationalities living in the Ternopil region. The organization “My Azerbaijan” was registered, and Mubariz Majidov is the chairman of the organization. I know that the Azerbaijani diaspora in the Ternopil region is quite united and effective in protecting the interests of its representatives.