Georgian experts: Forces unfriendly to Georgia and Azerbaijan are behind the incident on the border 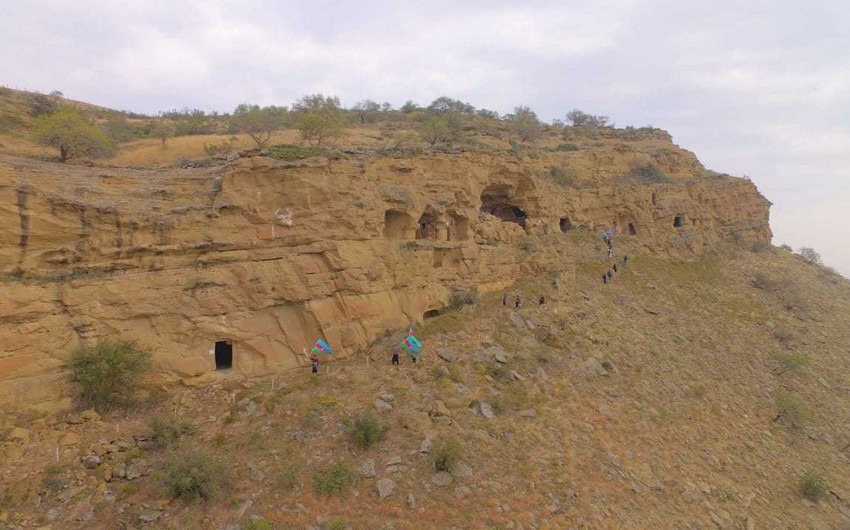 "The recent incident on the border can be viewed as an attempt by some forces unfriendly to Georgia and Azerbaijan to push the sides toward a conflict," Georgia's honorary journalist, political expert Badri Nachkebia said.

According to him, not everyone is pleased with the Georgian-Azerbaijani friendship: "Many parties are interested in spoiling the friendly and fraternal relations between the two countries."

The political analyst noted that in the issue of the border both countries got a heavy Soviet legacy: “Georgians and Azerbaijanis are friends and brothers. Both sides should highly value and cherish this friendship, fraternity and strategic partnership. Both countries should finalise the negotiation process regarding the border with dignity. There can be people both in Georgia and, possibly, in Azerbaijan, who, in order to satisfy their greedy interests, will try to spoil friendly fraternal relations. We should not tolerate this."

According to B.Nachkebia, mutual understanding is required in the issue of border: "Huge work is to be done by the leading public figures of the two countries. Religious moment must be taken into account in this matter, and it is necessary to demonstrate a careful approach to this matter."

Nachkebia added that the Georgian public should not look at the incident through the prism of religion: "Even if there was some violation, it was purely technical. Azerbaijanis will never show disrespect for Georgians, especially their religion."

"Azerbaijanis will never show disrespect for Georgians, especially for their religion."

The political scientist stressed the need to strengthen cooperation for the further development of friendly relations between Georgia and Azerbaijan: "To strengthen the close friendly relations, the foundation of which was laid by the late President of Azerbaijan , new projects and programs need to be implemented. There are certain weaknesses in this area. I hope that the leadership of both countries will pay much attention to this area."

Political analyst Nikoloz Metreveli, commenting on the issue to Report's Georgian bureau, said that the trail of the United National Movement and Russian opposition parties was traced in this incident: "A supporter of the party David Katsarava and others participated in this provocation. Naturally, Russia is also interested in destabilization."

According to the expert, there are no problems between fraternal Georgia and Azerbaijan that could be called real: "A joint commission on border delimitation is working. There is high-level communication between the two countries. I think the issue will be resolved soon."

"There are no problems between fraternal Georgia and Azerbaijan that could be called real."

According to the political scientist, the Laborist Party of Georgia and its leader Shalva Natelashvili often make anti-Azerbaijani statements: “Laborites resort to slander and fiction. The party even blamed Azerbaijan for the decision of the European Court of Human Rights on Rustavi 2, adopted in favor of the Georgian government. One of their leaders, Georgi Kukava, said that one of the judges in the court was an Azerbaijani, and he supported the Georgian government. Therefore, Georgia is going to give Keshikchidag to Azerbaijan. This party is engaged in smeary, anti-government activity. I call such politicians insignificant and adventurers. They try to hinder the Georgian-Azerbaijani relations."

Metreveli dismissed some reports of insults of the religious feelings of Georgians at the border: "Those interested in provocations claim that there were insults on religious grounds. However, there was nothing like that there."

According to the expert, it is very important to inform the public of both Georgia and Azerbaijan about the border negotiations.