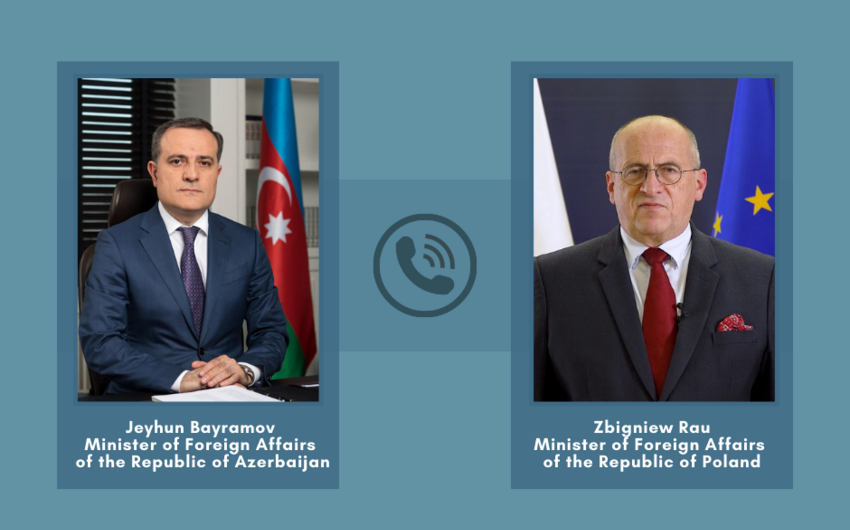 Azerbaijan's Foreign Minister Jeyhun Bayramov has discussed the current situation in the region with his Polish counterpart Zbigniew Rau.

Report mentions, citing the ministry, that Bayramov informed Rau about the implementation of the tripartite agreements dated November 10, 2020, and January 11, 2021, including the work performed by the country in this direction.

The minister stressed that the liberated areas are full of landmines, which directly threatens people's lives while adding that Armenia refuses to provide Azerbaijan with the maps of the mines.

On his part, Rau underlined the importance of implementing the trilateral statements, normalizing ties between the two countries, and the role of international structures in this issue.

The ministers also exchanged views on the agenda of bilateral cooperation, the successful continuation of the political dialogue, expansion of cooperation in the economic sector, particularly, the activity of the Intergovernmental Commission on economic cooperation, and organization of high-level mutual visits, including of parliamentarians.

During their phone talks, the two sides also mulled other issues of mutual interest.