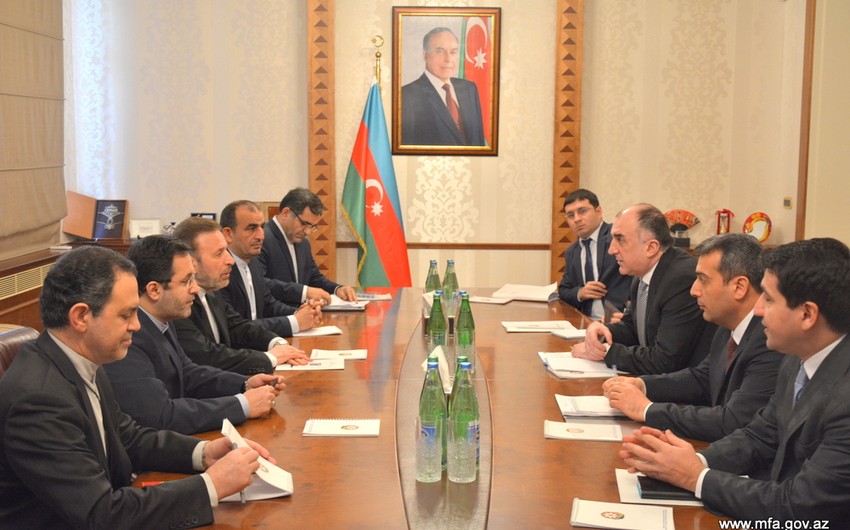 Report informs referring to the press service of Azerbaijani Ministry of Foreign Affairs, at the meeting, the sides expressed their satisfaction on successful development of cooperation in all areas, as well as the growth of trade turnover and investments, fruitful progress in the fields of agriculture, transport, tourism, industry and other spheres between Azerbaijan and Iran.

Mahmoud Vaezi informed about the activity of State Commission and achievements and stressed that Iran is willing to deepen cooperation with Azerbaijan in all fields.

Minister Elmar Mammadyarov mentioned that Azerbaijan remains also interested in further development of cooperation with Iran in accordance with the will of Heads of State of both countries, the strategic course defined by them and the traditional friendship binding our peoples. He highly appreciated the work of State Commission, especially the activities of Mahmoud Vaezi.

During the meeting, Ministers touched upon the issues on current construction of the North-South transport corridor, importance of this project and stressed their assurance that this corridor will contribute to the development of interregional cooperation. Noting the importance of trilateral meeting of the Head of States of Azerbaijan, Iran and Russia held in Baku on August 8, 2016, the sides discussed the next meeting which will be hosted by Iran in this format.

The sides mentioned the North-South transport corridor, which has been one of the main themes of trilateral meeting of the Head of States and expressed their confidence that this project will make an important contribution to the development of interregional cooperation.

Ministers also exchanged their views on regional and other issues of mutual concern as well as emphasized the importance of joint fight against terrorism and exchange of information.