FM: Iran interested in developing relations with Azerbaijan Azerbaijani Foreign Minister Jeyhun Bayramov met with his Iranian counterpart Hossein Amirabdollahian as part of his participation in the 76th session of the UN General Assembly 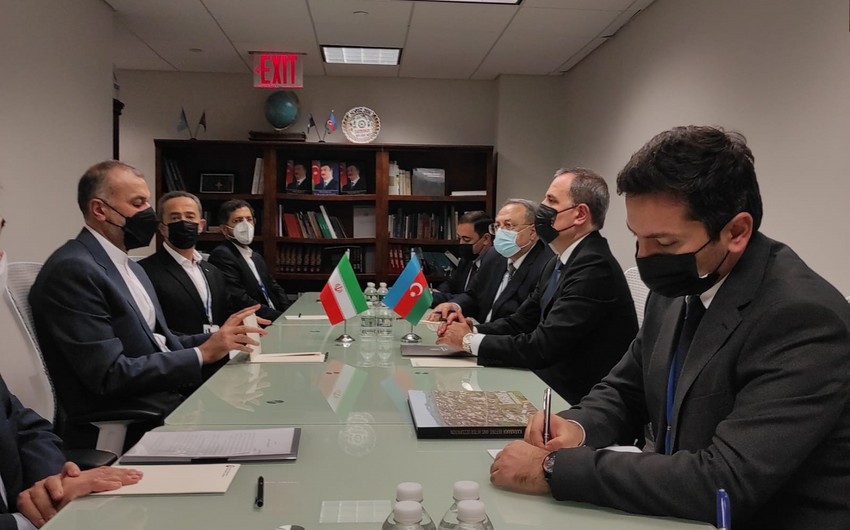 During the meeting, it was noted that cooperation between Azerbaijan and Iran is developing in all spheres.

The ministers exchanged views on several issues on the agenda of bilateral relations, as well as prospects for cooperation in the economic, energy, trade, agriculture, and other spheres. The parties also discussed the current situation in the region.

Bayramov informed his colleague about the processes of restoration, reconstruction, and reintegration in the liberated territories after signing the trilateral statement.

Hossein Amirabdollahian stressed that Iran is interested in developing comprehensive relations with Azerbaijan.

During the meeting, the parties also discussed international and regional issues of mutual interest.