Fahrettin Altun: Turkic world must fight together against new threats 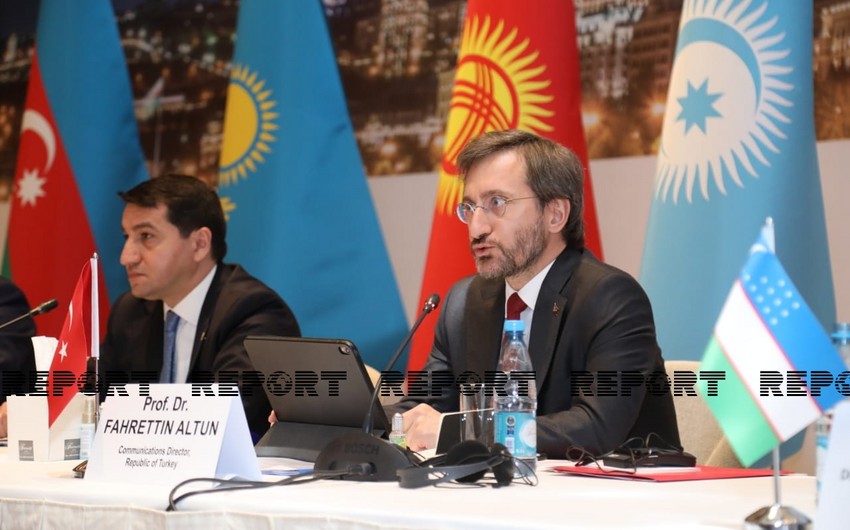 "We are all witnessing a campaign to erase the traces of Turkism in Syria and Iraq. As the Turkic world, we must fight together against new threats. "

Director of Communications of the President of the Republic of Turkey Fahrettin Altun said at the third meeting of the Ministers and High Officials in charge of Information and Media of the Turkic Council in Baku today.

"Unfortunately, the FETO virus has spread to other parts of the Turkic world. As you know, they attempted a coup d'etat in Turkey on July 15. President Recep Tayyip Erdogan resolutely prevented this coup," he noted.