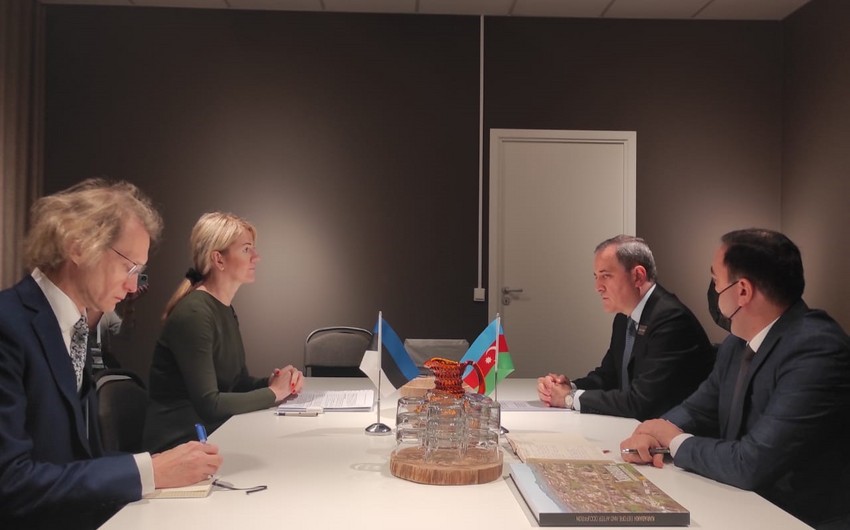 Report informs, citing the Foreign Ministry, that during the meeting, Minister Jeyhun Bayramov informed his counterpart on issues related to the implementation of trilateral statements, including the steps taken by Azerbaijan to open transport communications in the region. He stressed that normalization of relations with Armenia is possible on the basis of respect for the principles of international law, in particular the sovereignty, territorial integrity and inviolability of borders.

It was noted at the meeting that Azerbaijan and Estonia have fruitful cooperation on a bilateral basis and on a number of international platforms, as well as within the European Union. The sides exchanged views on the continuation of political dialogue between the two countries, the importance of developing relations in accordance with the existing potential in the economic and trade spheres, as well as the further expansion of bilateral relations in economic, green energy, high technology, education, humanitarian and other fields.

Estonian Foreign Minister stressed the importance of further expanding and deepening cooperation within the Eastern Partnership.