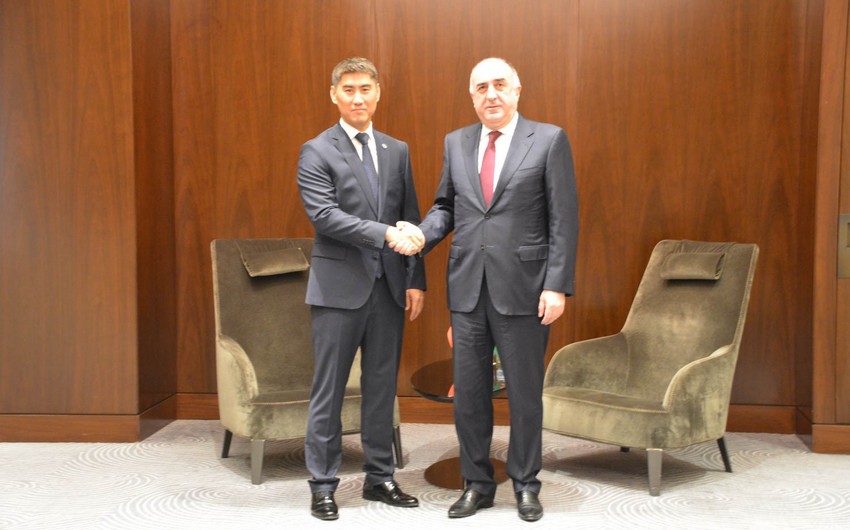 The President of International Turkic Academy Darkhan Kydyrali conveyed his sincere greetings and expressed his confidence on the high level organization of the 7th Summit of the Cooperation Council of Turkic Speaking States.

Darkhan Kydyrali noted that the Republic of Azerbaijan always supports the activities of the Academy. In this regard, he highlighted numerous projects implemented by the Academy. Among them, the conferences organized within UNESCO, as well as different publications, including the book dedicated to the national leader were highlighted.

Organization by the Academy events dedicated to the 7th Summit of the Cooperation Council of Turkic Speaking States, 650 Anniversary of Nasimi, as well as Khojaly genocide and others were stressed and the information was given on the other projects to be implemented in the future.

During the meeting Darxan Kidırali presented to Elmar Mammadyarov the books published by the Academy.

Foreign Minister Elmar Mammadyarov in his turn highlighted the mutually beneficial cooperation with the Academy.

The sides exchanged their views over the issues of mutual interest.