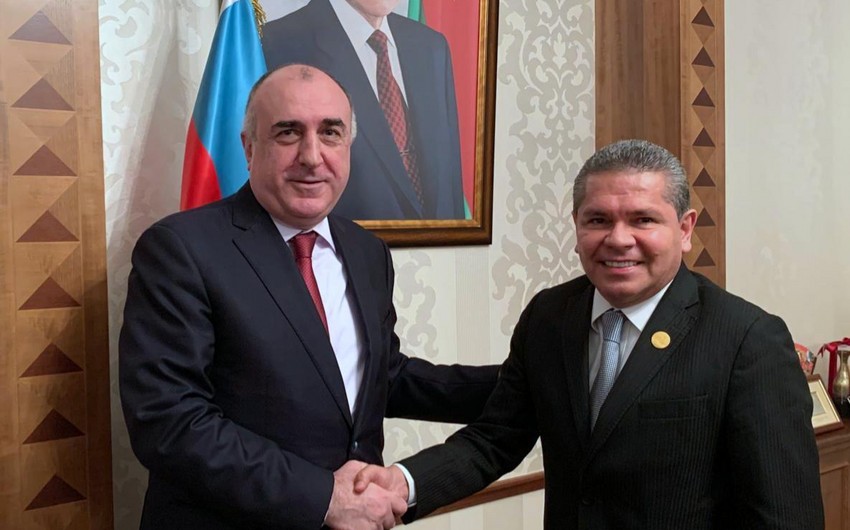 Foreign Minister Elmar Mammadyarov met with the delegation led by the Chairman of the Foreign Affairs Commission of the Senate of Colombia, Jose Luis Perez.

Report informs citing the press service of the Foreign Ministry that the sides expressed satisfaction with the existing cooperation between the two countries and underlined the existing wide potential for further cooperation in the fields of economic, trade, cultural, tourism, education, sports and other spheres.

Minister Elmar Mammadyarov noted the importance of the visit of the Columbian Senate official to Azerbaijan.

Jose Luis Perez said that they always stand with friendly Azerbaijani people and will do all their best to advance the friendship between the two countries. Touching upon the 25th anniversary of the establishment of diplomatic relations between Azerbaijan and Columbia, the Chairman expressed his hope that this momentous event will give impetus to further development of cooperation between our countries.

Focusing on the prospects of traditional cooperation and mutual support within the international organizations, the parties also stressed that they would remain committed to coordinating efforts in this direction.

Elmar Mammadyarov thanked the Parliament of Columbia for its consistent support of Azerbaijan's fair position on the settlement of the Armenia-Azerbaijan Nagorno-Karabakh conflict based on norms and principles of international law, especially the sovereignty, territorial integrity and inviolability of borders.

At the meeting, the importance of expanding the legal framework of bilateral relations was also noted and an exchange on strengthening the role of Parliamentary Friendship Groups took place. 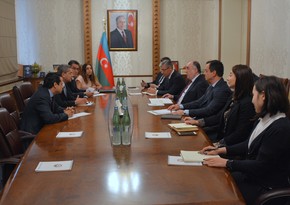