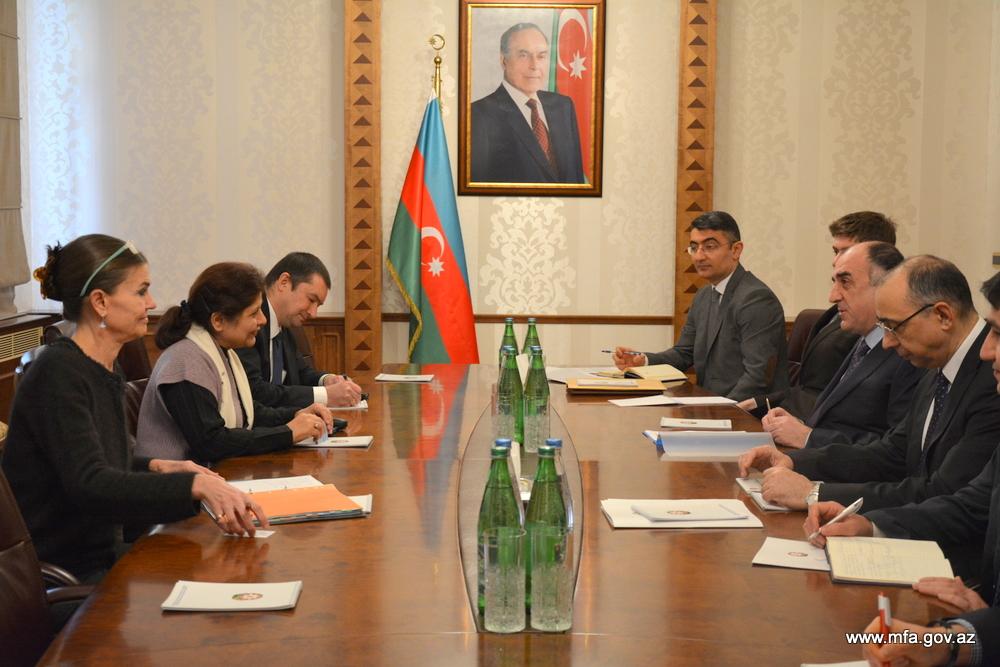 Report was told in the press service of the Ministry of Foreign Affairs, during the meeting, the minister has mentioned that Azerbaijan attaches special importance to the cooperation with the UN, its specialized agencies and regional organizations as well as stated such visits beneficial for future development of relations.

E.Mammadyarov said that development of non-oil sector is one of the priorities of the government.

The minister spoke about importance of development of regional relations and ties, which is one of commission's targets, for Azerbaijan.

Shamshad Akhtar spoke about relations between the commission and Azerbaijan as well as noted praiseworthiness of Azerbaijani practice on economic and social development.