Egyptian ambassador: Azerbaijani market is a very promising one

Egyptian ambassador: Azerbaijani market is a very promising one Improving tourism cooperation between Azerbaijan and Egypt is a priority in the development of relations between the two countries, Egyptian Ambassador to Azerbaijan Adel Ibrahim told Report. 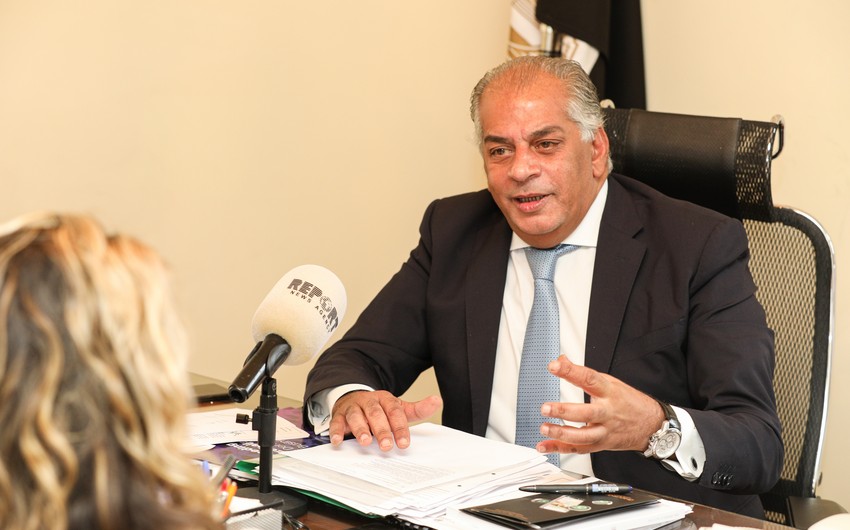 Improving tourism cooperation between Azerbaijan and Egypt is a priority in the development of relations between the two countries, Egyptian Ambassador to Azerbaijan Adel Ibrahim told Report.

The ambassador noted that he finds this sector having a great potential for the development: “When I came here, talking to people I had this feeling that there’s a real need and will for this, so it should be accommodated.”

As Ambassador Ibrahim noted, as soon as the charter flights will be allowed in Azerbaijan to Egypt many travel agencies will be ready to arrange the flights. He noted that the direct flights were twice opened but afterwards closed for different reasons. The last intention of the resumption was interrupted because of pandemic.

"Egypt has never been closed during COVID-19, a large number of visas are issued every day. During the pandemic, Egypt offered people to do PCR tests at the airport to facilitate the visa process," the ambassador said.

Another important issue of cooperation is Trade, which also requires direct flights to improve: “There’s a great potential in terms of trade and I think that Azerbaijani market is a very promising one. Having the Egyptian goods in the Azerbaijani market would be the priority for the coming months,” he said, adding that holding the business forum between Azerbaijan and Egypt, which is planned for February 2022 is very important.
Another important cooperation aspect is renewable energy, in which both countries have good experience. So the cooperation in energy sector is also one of priorities.