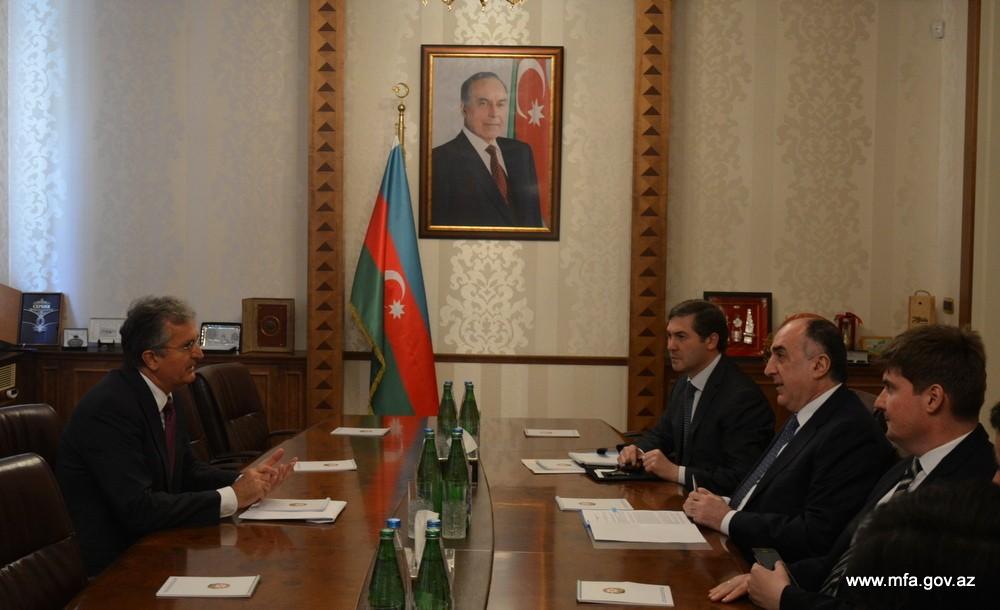 Baku. 6 June. REPORT.AZ/ Foreign Minister Elmar Mammadyarov has received Extraordinary and Plenipotentiary Ambassador of Serbia to Azerbaijan, Nebojsa Rodic, on the completion of his diplomatic mission.

Report was told by the Ministry of Foreign Affairs, the meeting expressed satisfaction with the current level of development of cooperation between Azerbaijan and Serbia and high-level political dialogue.

Mammadyarov highly appreciated Ambassador Nebojsa Rodic's efforts for the development of friendly and strategic partnership relations between the two countries and especially noted the intensive visits of Serbian state and government leaders, other officials and parliamentary delegations to Azerbaijan during his activity as ambassador.

Ambassador Nebojsa Rodic thanked for support during his diplomatic mission and stressed that he had not grudge his efforts for the development of partnership between Azerbaijan and Serbia.

Mammadyarov wished success to Nebojsa Rodic in his future activity.