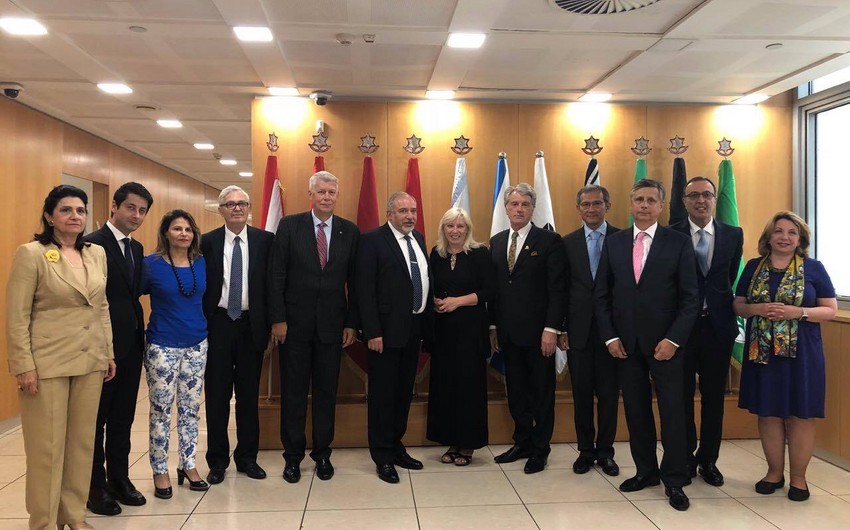 The delegation informed the Israeli politicians about the activities of the center, its goals and plans for the future. Discussions were held on the outcomes of the 6th Global Baku Forum. The work on preparation for the VII Global Baku Forum, planned to be held in 2019, was discussed.

During the discussions, the issue of ensuring peace and security in the Middle East was also touched upon. It was noted that the ideas and proposals by the members of the Center, who have great political experience, can contribute to this process.

Moreover, it was metioned that Nizami Ganjavi International Center is interested in expanding ties with Israel. It was also noted that the partnership relations with Azerbaijan created a favorable opportunity to develop this cooperation.