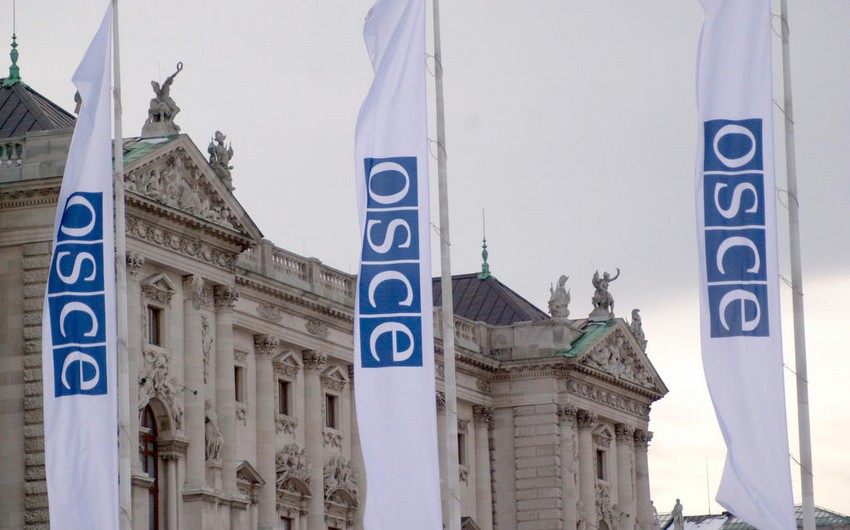 Baku. 3 July. REPORT.AZ/ The main theme of the informal meeting of the OSCE on July 11 in the Austrian Mauerbach will be conflicts in the region of the organization and threats to security. Report informs, during the meeting, which will be held under the motto "Building trust through dialogue and cooperation," issues of migration, fighting terrorism, human rights, the rule of law and democracy will also be discussed.

Chairperson-in-Office of OSCE Federal Minister Sebastian Kurz will chair the meeting. Ministers of 57 OSCE member states, President and Secretary General of the OSCE PA will take part in the event.

After the plenary session, discussions will continue within the framework of two interactive round tables. The first "Fight against violent extremism and radicalization leading to terrorism" will be presented by the Special Representative of the Chairman-in-Office for Combating Radicalization and Enforced Extremism, Professor Peter Neiman. The second round table will be devoted to the "Structured Dialogue on Current and Future Challenges and Security Risks in the OSCE Area".

The forthcoming informal meeting of OSCE foreign ministers in Mauerbach will be an important step in the preparation of the annual OSCE Ministerial Council, which will be held this year in Vienna on December 7 and 8.

Notably, within the framework of the meeting in Mauerbach, another meeting of the Foreign Ministers of Azerbaijan and Armenia on the settlement of the Nagorno-Karabakh conflict is planned with the participation of the OSCE Minsk Group co-chairs.