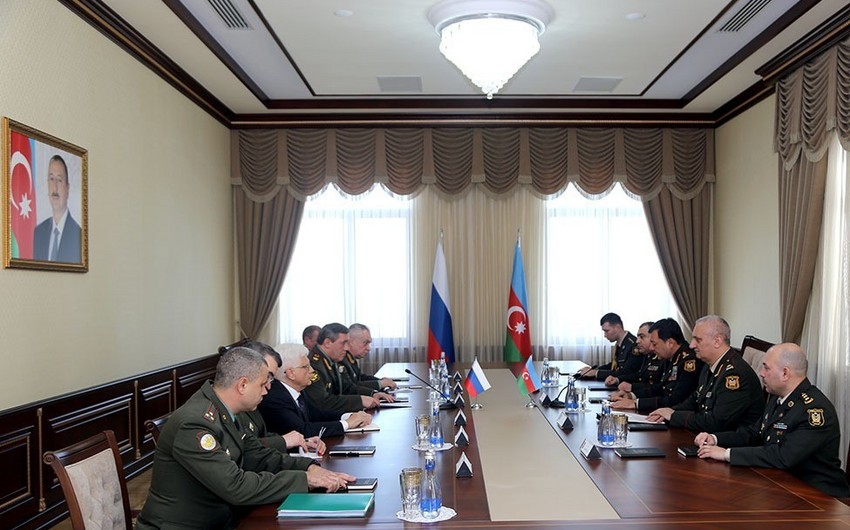 During the meeting, the sides discussed problems of international and regional security, as well as topical issues of military and military-technical cooperation, including the interaction of defense departments in the Caspian Sea.

Notably, Gerasimov is visiting  Baku, where he will hold talks with Commander-in-chief of the allied armed forces of NATO in Europe Todd Walters.