Chairman of Pakistan's Joint Chiefs of Staff Committee: 'Azerbaijan is in our heart' 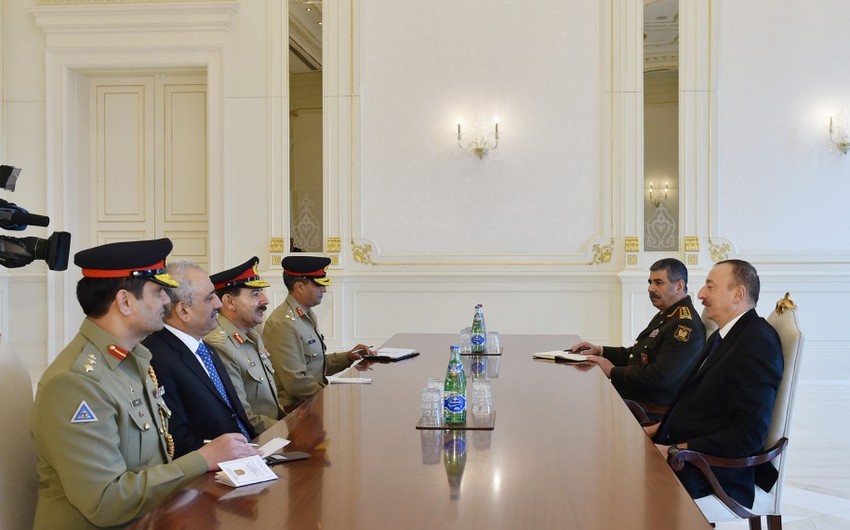 Hailing the ancient history of political, cultural and religious ties between the two countries, Rashad Mahmood noted that Azerbaijan and Pakistan have always supported each other in most difficult times. "Mr. President, we have always been willing to improve these relations, Azerbaijan is in our heart, and we always proved it," he said.

Rashad Mahmood expressed his confidence that his visit to the country would feature mutually beneficial contacts with his Azerbaijani counterparts.

Hailing the current successful development of historical bilateral relations between Azerbaijan and Pakistan, the head of state stressed the importance of the two countries' constant support for each other within international organizations.

President Ilham Aliyev said Azerbaijan was interested in developing bilateral relations with Pakistan in all areas, particularly in political, economic, cultural and military ones.

The head of state said that discussions on the strengthening of the bilateral cooperation will be held during the visit of the delegation led by Rashad Mahmood, expressing his confidence that these discussions would be successful in terms of taking additional measures towards the expansion of the bilateral ties.