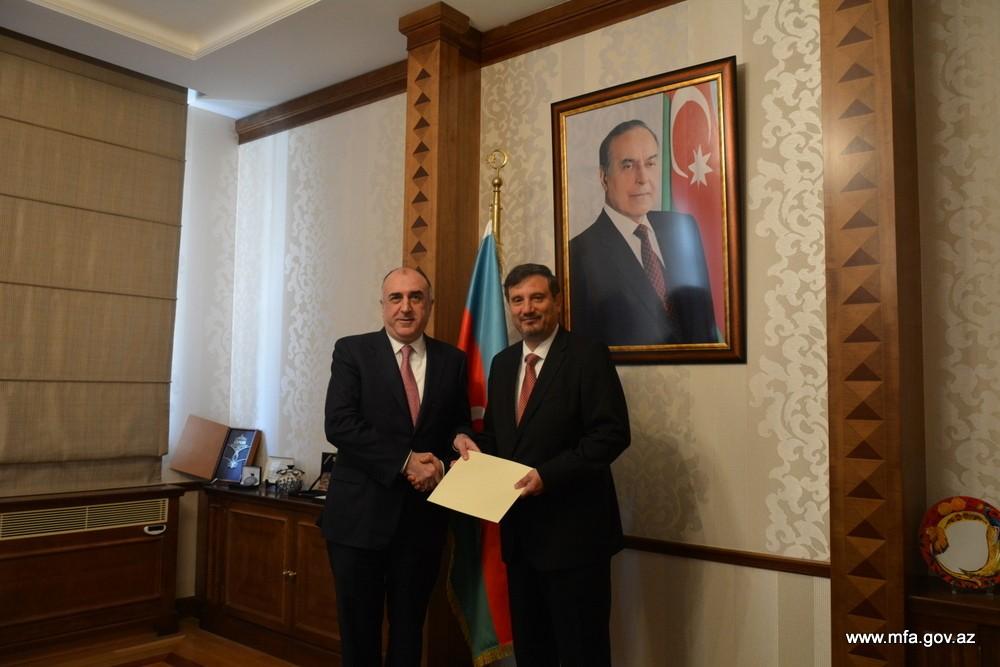 The ambassador, who presented the copy of his credentials to Foreign Minister Elmar Mammadyarov, said that he was glad being appointed to Azerbaijan and would not grudge his efforts to further develop of traditional friendly relations between Azerbaijan and Bulgaria.

The sides expressed satisfaction with the development of cooperation between Azerbaijan and Bulgaria from the standpoint of strategic partnership and high-level political dialogue. It was expressed assurance that Southern Gas Corridor and TANAP which is a part of it, as well as TAP project, will create favorable conditions for energy cooperation between the two countries.

E. Mammadyarov underlined that Bulgaria's strong position on the settlement of  Armenian-Azerbaijan conflict according to the resolutions of UN Security Council within the framework of internationally recognized borders of Azerbaijan is highly valued.

The sides exchanged views on issues related to the bilateral agenda.