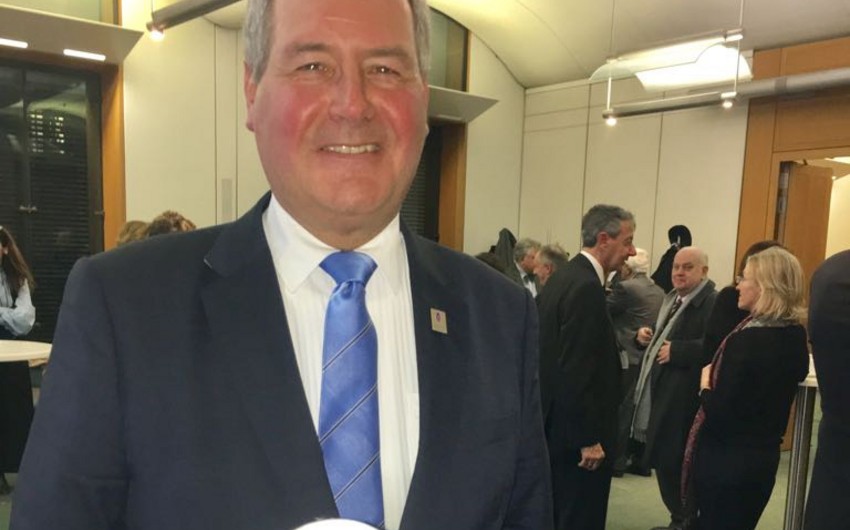 London. 25 January. REPORT.AZ/ "During every my visit to Azerbaijan, I have observed great progress in the activity of democratic institutions in the country".

He said that he has visited Baku four times so far: "Every time I have witnessed greater development. I'd like to note that I do not mean only physical development".

Bob Blackman stressed that Azerbaijan has been exposed to repressions during the Soviet era, the country gained independence with losses: "However, the country has suffered many difficulties since gaining independence, it managed to withstand the years of crisis".

Head of the friendship group noted that today, the whole world recognizes Azerbaijan as a country loyal to the traditions of multiculturalism. Significant international events, such as Eurovision, Formula 1, European Games, are organized in Azerbaijan, especially in Baku.

According to him, close relations of friendship and cooperation have been established between Azerbaijan and Great Britain, and these relations are developing on the rise: "Our countries have signed a contract of century. I think that our cooperation will further develop and our friendship will become even more intense.

Touching upon the Nagorno-Karabakh conflict, Bob Blackman said that Armenia has occupied Azerbaijani lands: "Unfortunately, part of the lands belonging to Azerbaijan has been occupied as a result of the Nagorno-Karabakh conflict. One million Azerbaijanis became refugees and internally displaced persons as a result of Armenian aggression. Unfortunately, Azerbaijan  couldn't return its occupied lands yet. I hope that Azerbaijan will soon return its historical lands, and refugees, internally displaced persons will return to their homes".