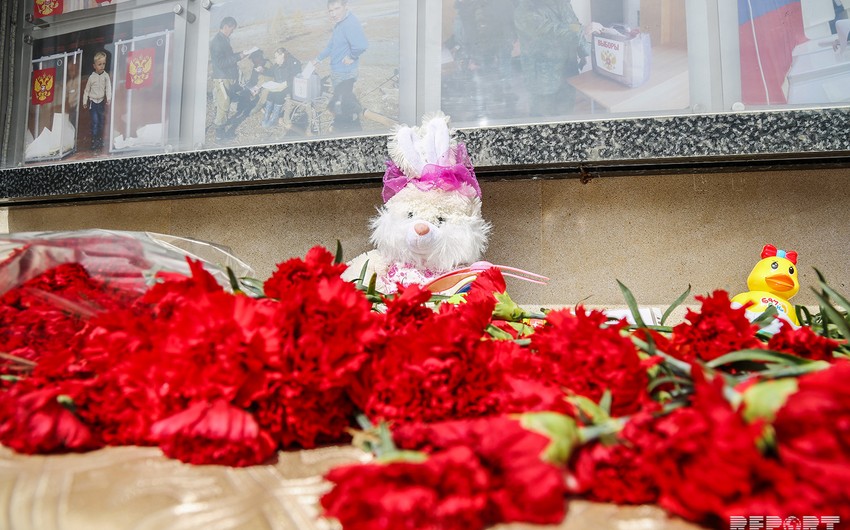 Baku. 27 March. REPORT.AZ/ Baku residents carry flowers and toys to the Russian Embassy in Azerbaijan as a condolence in connection with the numerous victims Kemerovo shopping centre fire.

Report informs, bouquet of flowers are stacked at the facade of the diplomatic mission. Some brought toys, because more than 40 children were killed in accident.

Notably, a fire that engulfed a shopping center complex in the Russian town of on March 25 has claimed 64 lives, with 41 children. The fire occurred on Sunday on the last floor, where there were cinemas. Several people are still missing, and at least 11 have been hospitalized.