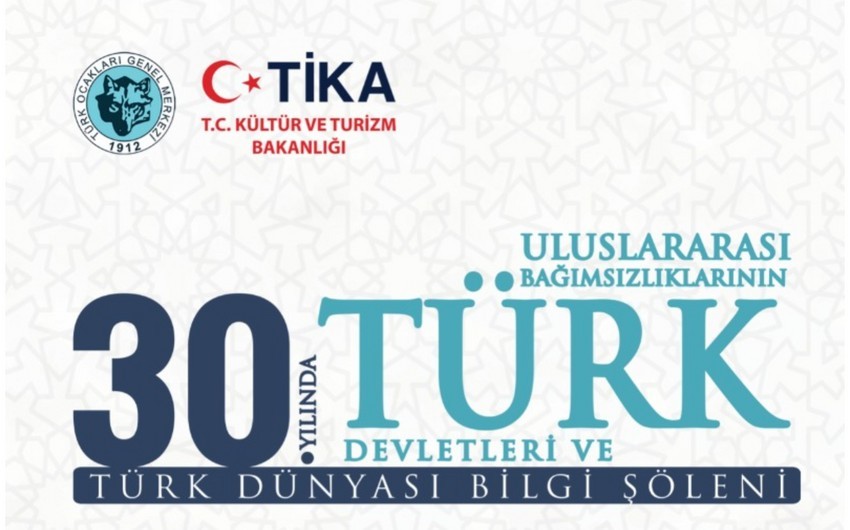 An international symposium entitled "The 30th Anniversary of the Independence of the Turkic States and the Turkic World" organized by the Azerbaijan Technical University, the Turkish Hearths NGO, and the Turkish Cooperation and Coordination Agency (TIKA) has kicked off in Baku.

Report informs that the main topic of the event is the unity of the Turkic World.

The first lectures were dedicated to the 44-day Victory of the Azerbaijani Army.

The opening ceremony of the symposium, which will last until October 10, was attended by Deputy Minister of Education Mukhtar Mammadov, President of Turkish Hearts NGO Mehmet Oz, head of Permanent Delegation of Turkey to UNESCO Ocal Oguz, Turkish Ambassador to Azerbaijan Cahit Bagci, TIKA coordinator in Baku Fatih Yilmaz, several officials and MPs.