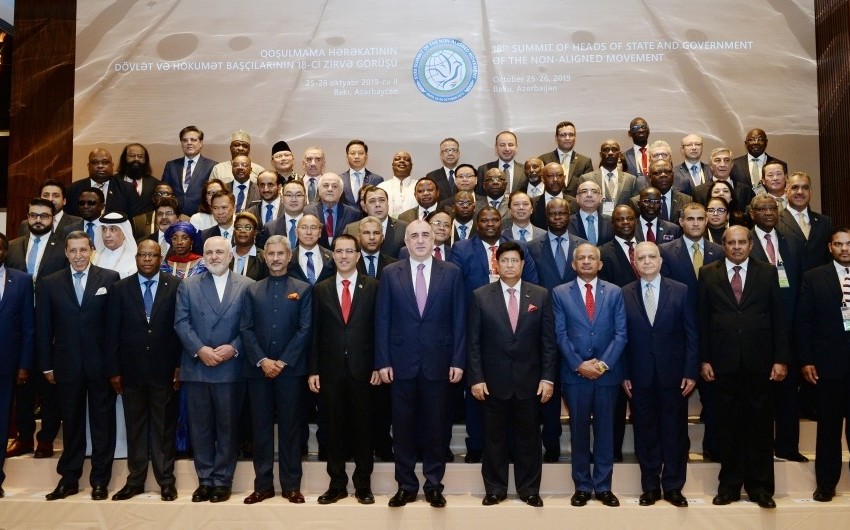 Baku is hosting a meeting of the Foreign Ministers of the Non-Aligned Movement.

Report informs that the Ministers will discuss preparations for the 18th summit of the Non-Aligned Movement to be held in Baku on October 25-26.

During the summit, Azerbaijan will assume the chairmanship of the organization for three years.

Opening the meeting, the Foreign Minister of Venezuela, chairing in the organization, Jorge Arreas, thanked the Non-Aligned Movement for supporting his country.

“We should work more closely within the organization. Only through joint movement forward can we achieve prosperity in the future, security and a new world order. We must maintain multipolarity and stability in the world,” the Venezuelan Foreign Minister stressed. According to him, countries should also interact through international structures for the international law to work.

“Venezuela today has become a victim of aggression,” Arreas noted. According to him, the West is trying to use its power to change the situation in a number of countries, stepping over the laws, trying to crush other countries with sanctions, driving nations to poverty to create a situation for intervention. “Today we see a serious crisis in the world when multipolarity is under threat. Through the media, some Western countries are trying to interfere in the internal affairs of other countries, changing their policies, trying to take away their resources, trying to change the regime,” the Venezuelan minister said.