Azerbaijani Speaker calls on Slovak parliament to recognize Khojaly genocide As part of her official visit to Slovakia, Azerbaijani parliament Speaker Sahiba Gafarova met with Chairperson of the National Council of the Slovak Republic Boris Kollar. 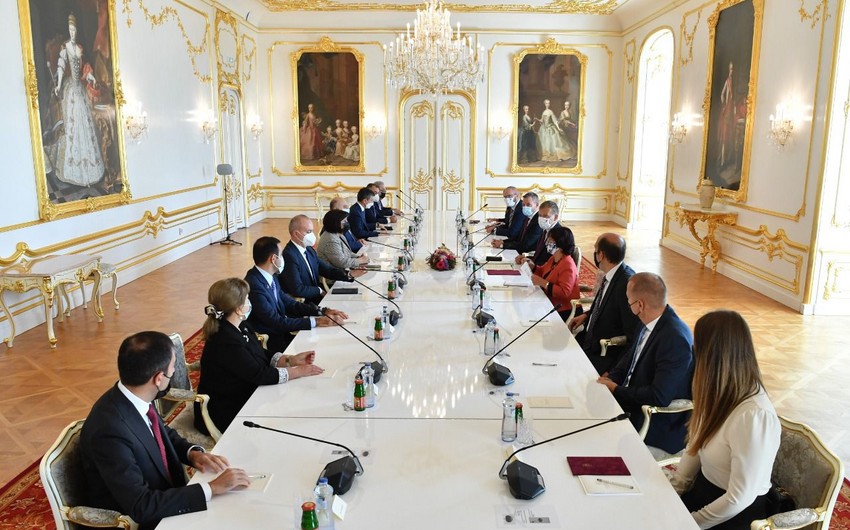 Report informs that Boris Kollar greeted the Azerbaijani counterpart and expressed confidence that the visit will contribute to deepening of relations between the two countries and parliaments.

Speaker of the Azerbaijani Milli Majlis Sahiba Gafarova noted that this is her first visit to Slovakia in her capacity as the parliamentary speaker.

Sahiba Gafarova highlighted Azerbaijan’s role in the architecture of Europe's energy security. It was noted that projects implemented on the initiative and with the participation of Azerbaijan are important not only from the point of view of contribution to the development of the participating states, but also from the point of view of diversification of energy transportation to Europe.

The Azerbaijani Speaker noted that provocations by Armenia are impeding the provision of sustainable peace in the region, and despite the fact that almost a year has passed since the signing of the trilateral statement of November 10, Armenia has not yet provided maps of minefields. The speaker emphasized that today as a result of mine explosions in Karabakh, planted by Armenia, 150 civilians and soldiers were killed or seriously injured. Thus, Armenia continues to pose a serious threat to the life and safety of people. This is a flagrant violation of international humanitarian law.

The speaker brought to the attention that Azerbaijan has already begun large-scale restoration work in the territories liberated from occupation.

Speaking about the current state of inter-parliamentary relations, the Azerbaijani speaker noted that the development of relations between the legislative bodies, the organization of mutual visits contribute to the development of relations between Azerbaijan and Slovakia. The parliaments of the two countries cooperate within a series of international organizations. But biased decisions of parliamentarians and unfounded statements voiced can darken bilateral relations. Sahiba Gafarova, in particular, expressed regret in connection with the resolution on the Armenian-Azerbaijani conflict, adopted by the Slovak parliament last November and the decision "On Nagorno-Karabakh" of April 1, 2021.

In remarks that next year Azerbaijan will celebrate the 30th anniversary of the Khojaly genocide, the chairwoman of the Milli Majlis recalled that on the night of February 25-26, 1992, Armenia committed genocide in the Azerbaijani city of Khojaly, as a result of which 613 people were killed, including 106 women, 63 children, 70 elderly and 487 people were seriously injured, including 76 children. Eight families were completely killed. These people were killed and tortured just because of their ethnicity.

Recalling that the parliaments of a number of countries and some international organizations have already taken appropriate decisions in connection with this genocide against humanity, the speaker expressed hope that the Slovak parliamentarians will also begin the process of recognizing this genocide.

The chairman of the Milli Majlis committee, Zahid Oruj, and the head of the working group on inter-parliamentary relations with Slovakia, Anar Mammadov, spoke at the meeting, who expressed their opinions on the role of parliaments in the development of relations between the two countries, the importance of developing cooperation between the legislative bodies. 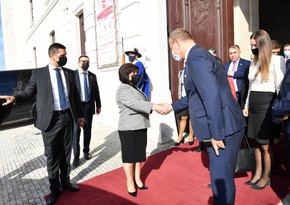 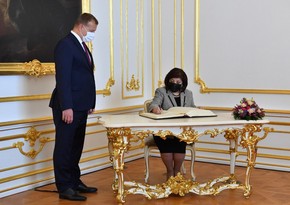 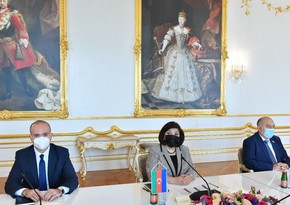 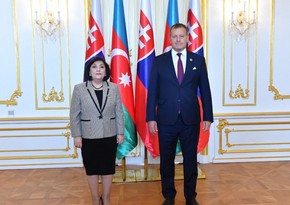 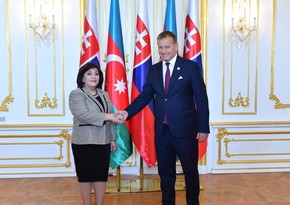