Azerbaijani President receives deputy of the State Duma of Russia Vladimir Zhirinovsky During the meeting, the sides exchanged views on the current situation and prospects of bilateral relations
1246 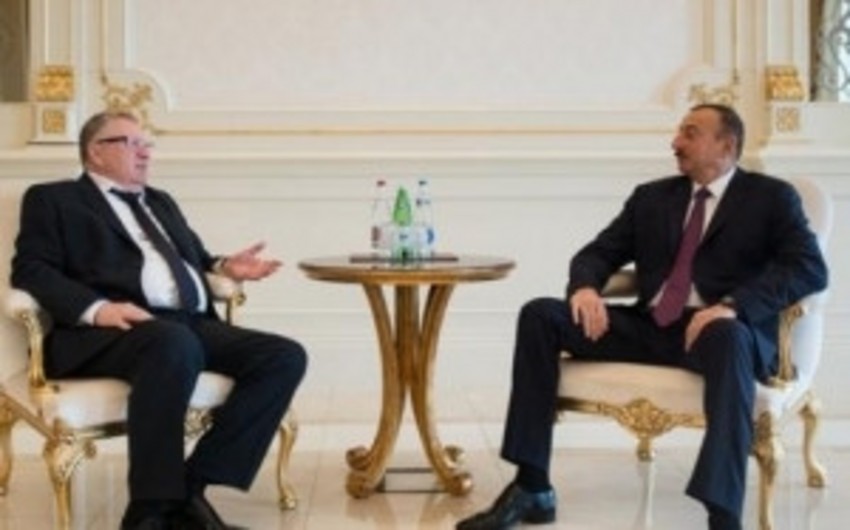 Baku. 26 September. REPORT.AZ/ President of Azerbaijan Ilham Aliyev received the Chairman of the Liberal Democratic Party of Russia, a member of the State Council and deputy of the State Duma of the Russian Federation Vladimir Zhirinovsky.

Report informs at the meeting it was stated that bilateral relations between Azerbaijan and Russia developing successfully in various fields. Important role of inter-parliamentary cooperation agreed during the meeting to strengthen relations and it was stressed that there are good opportunities for further expansion of cooperation between the higher legislative bodies of the two countries.

At the end of the meeting, the sides exchanged views on the current state and prospects of bilateral relations, including inter-parliamentary relations.