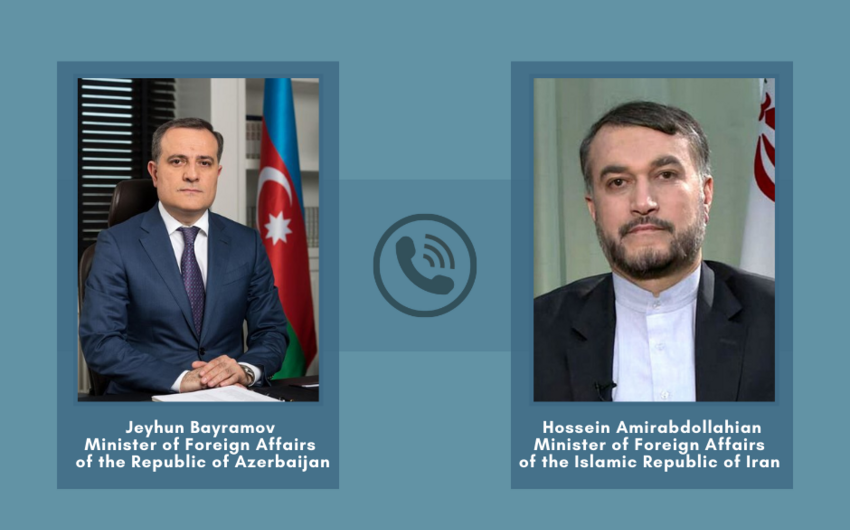 As Report learned from the Foreign Ministry, the ministers expressed satisfaction with the development of various aspects of relations between the two countries.

The results of the recent visit of Iranian Minister of Roads and Urban Development Rostam Ghasemi to Azerbaijan and the agreements reached, as well as the visit of Azerbaijani Defense Minister Zakir Hasanov to Iran and the meetings held during the visit were regarded as a clear indicator of the development of relations between the two countries.

They noted with satisfaction that a regular meeting of the State Commission for Cooperation between Azerbaijan and Iran in the economic, trade, and humanitarian spheres is planned to be held in Baku in March this year.

The ministers stressed that Iranian companies will soon begin work on specific projects in the liberated lands of Azerbaijan.

The parties also discussed other regional issues of mutual interest.