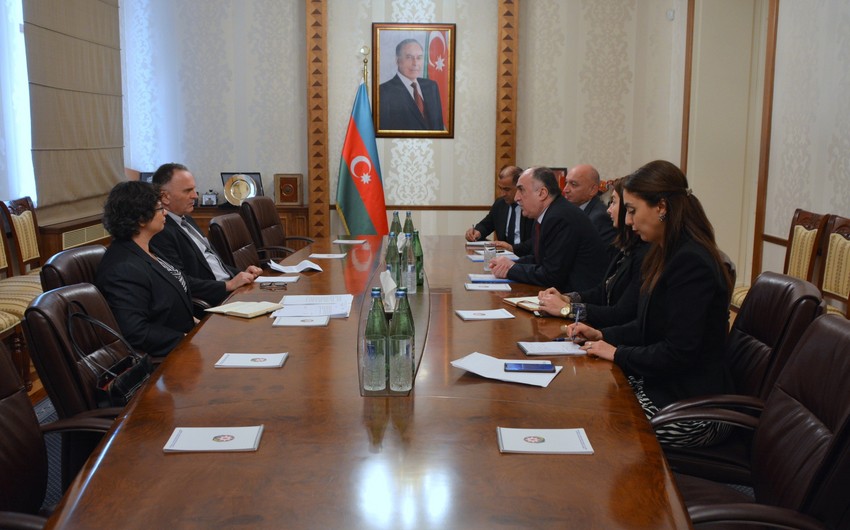 Minister Elmar Mammadyarov received Mr. Dan Stava, Ambassador of Israel to the Republic of Azerbaijan upon the termination of his diplomatic tenure. Ambassador Dan Stava expressed his gratitude for the support rendered to fulfill his diplomatic activities, Report informs citing the press service of the Foreign Ministry of Azerbaijan.

At the meeting, the sides expressed satisfaction over the current status of bilateral relations and the level of current development and perspectives of cooperation between both states.

Minister Elmar Mammadyarov underlined the successful development of bilateral ties. Speaking about the latest situation with regard to the settlement of the Armenia-Azerbaijan conflict Minister Elmar Mammadyarov stressed that the baseless statements of the Armenian political leadership are aimed at further escalation of the situation in the region. Minister also stressed the importance of the return of IDPs to their lands, who had to leave their homes as a result of Armenian aggression.

At the meeting, the sides exchanged their views on regional and international security issues of mutual interest.

Minister Elmar Mammadyarov highly appreciated the efforts of Ambassador Dan Stav in the development of bilateral relations and wished every success in his future endeavors.