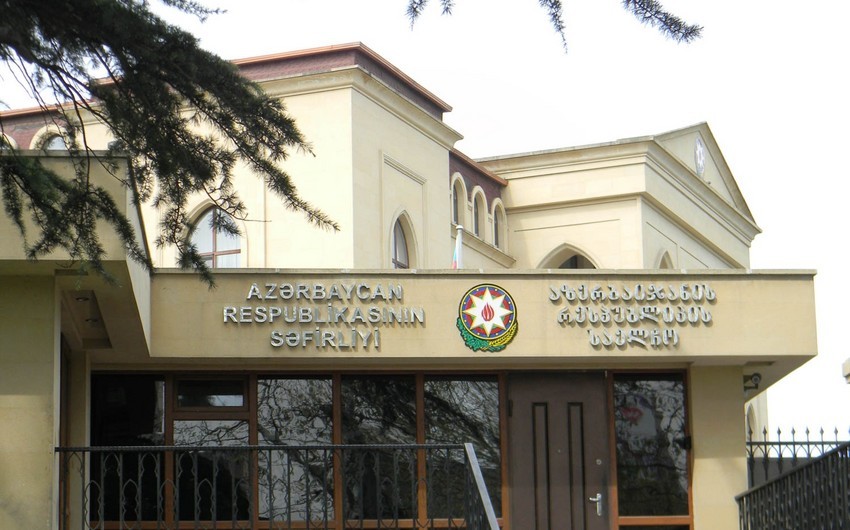 Azerbaijani Embassy in Georgia has released a statement on the incident in Dmanisi, Report informs.

The statement says that the embassy immediately responded to the mass attack on the “Omar” market belonging to Azerbaijanis in Dmanisi on May 16, 2021, and the incident around it: “The employees of the embassy visited the site, got acquainted with the situation and contacted the law enforcement agencies, as well as local authorities. Necessary measures are being taken in connection with the incident within the framework of Georgian legislation.

Politicizing the incident, presenting it as an ethnic confrontation does not correspond to the spirit of the Azerbaijani-Georgian relations, which is developing at the level of strategic partnership. The embassy urges its compatriots not to succumb to any provocations, to demonstrate political maturity and responsibility.

The incident must be assessed legally, and those who were found guilty must be punished under Georgian law. In order to prevent any negative consequences of this unpleasant event, the embassy will continue regular contacts with the relevant authorities of Georgia.”