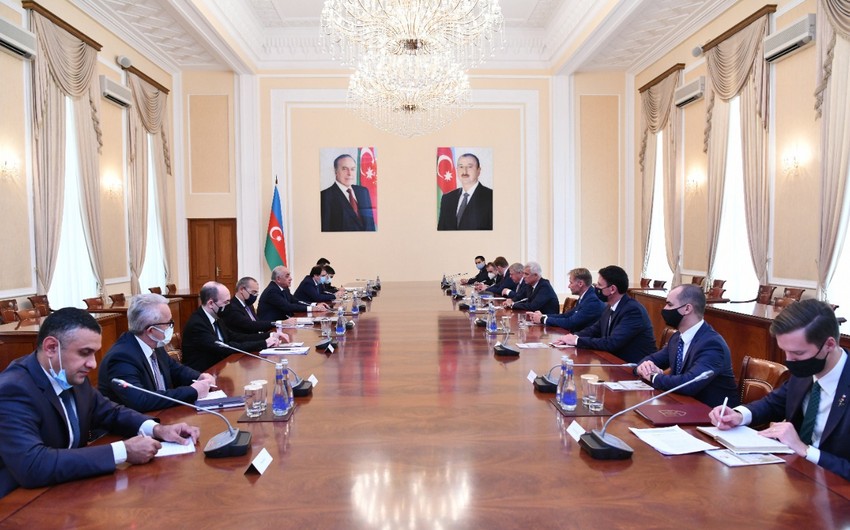 The meeting underlined active political dialogue between the two countries, Report has learned from the Cabinet of Ministers. It was noted that Azerbaijan is interested in further developing cooperation with EU member states.

Prospects for expanding cooperation between Azerbaijan and Slovakia in economic and trade, energy, transport, transit, investment, and other fields were discussed.

Ali Asadov stressed that the transport corridors through Azerbaijan, including the Zangazur corridor, will be of interest to Slovakia and the EU, noting that there are opportunities for cooperation in the digital and green economies. It was noted that Azerbaijan is interested in the participation of companies from friendly countries, including Slovakia, in the restoration of liberated lands.

Ivan Korcok stressed that Slovakia supports the territorial integrity and sovereignty of Azerbaijan and the importance of extending good political relations to the economic sphere.

Under the agreement, the Azerbaijan-Slovakia Joint Working Group on Economic Cooperation will be established to coordinate and promote bilateral economic cooperation.