Azerbaijan signs Protocol No 16 to the European Convention 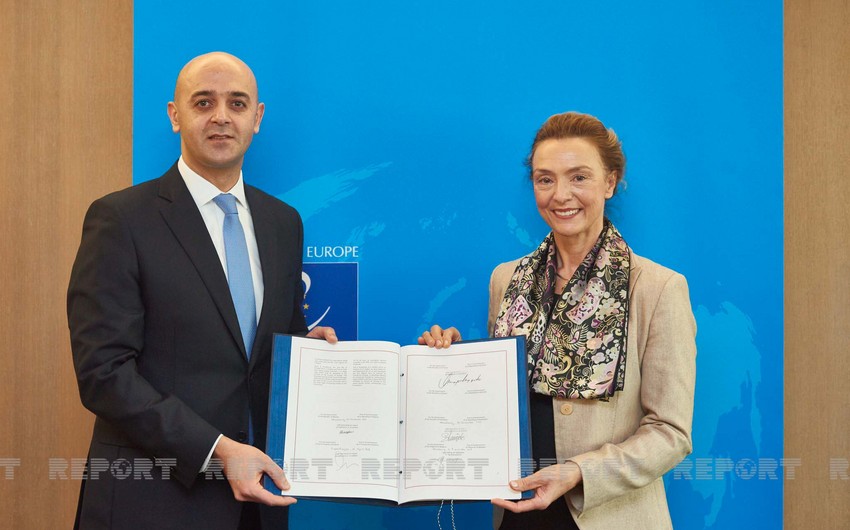 Azerbaijan has signed Protocol No 16 to the Convention for the Protection of Human Rights and Fundamental Freedoms. The signing ceremony took place in Strasbourg with the participation of Secretary-General of the Council of Europe Maria Pejcinovic Buric, Report informs.

The document was signed by Permanent Representative of Azerbaijan to the Council of Europe Fakhraddin Ismayilov.

After the signing ceremony, Fakhraddin Ismayilov met with the Secretary-General of the Council of Europe. The signing of Protocol No 16 was assessed as an important event, which is an indicator of Azerbaijan's commitment to the Convention system, and it was noted that the opportunity to receive advice from this document will further contribute to the protection of human rights in our country. The sides exchanged views on issues of mutual interest.

The document will come into force after approval by Milli Majlis. The Protocol will provide an opportunity for Azerbaijan's highest courts to apply to the European Court of Human Rights for advice on matters of principle concerning the interpretation or application of the rights and freedoms set forth in the Convention and its Protocols. 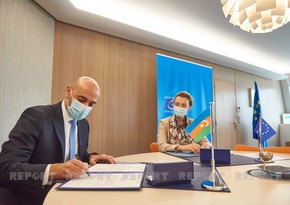