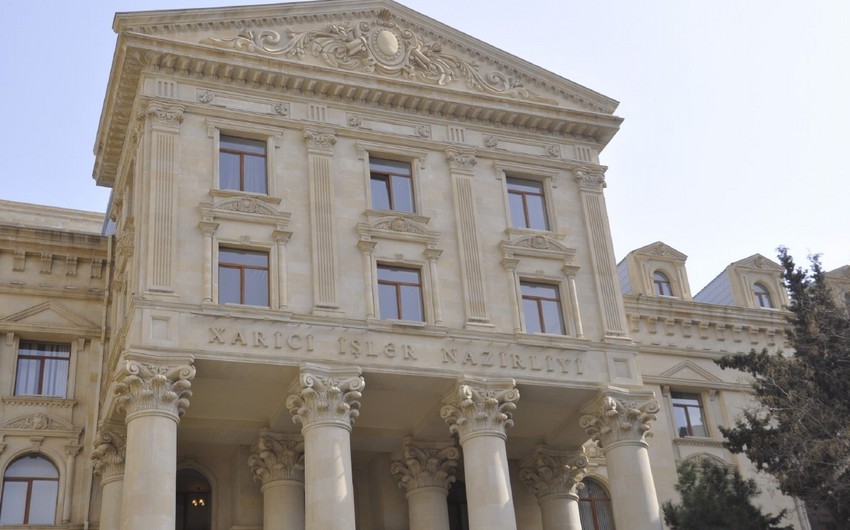 The Azerbaijani Foreign Ministry has congratulated France on July 14 - Bastille Day, Report says.
The congratulatory message was posted on the official Twitter page of the Foreign Ministry.
"Azerbaijani-French relations boast a good tradition enriched by joint steps to develop friendly and cooperative ties between the nations.
Our sincere congratulations to France on the occasion of July 14 - Bastille Day and best wishes of health, peace, and prosperity to friendly French people. "
France, one of the most influential countries of the European Union and leading member of NATO, and Azerbaijan have a long-standing relationship. It began with the French Embassy's opening in Azerbaijan in February 1992 and the Azerbaijani Embassy in France on November 20, 1994.
Azerbaijan and France have established relations in political, economic, and military spheres. Deepening cooperation with France is an essential factor that can impact Azerbaijan's relations with the European Union (EU).