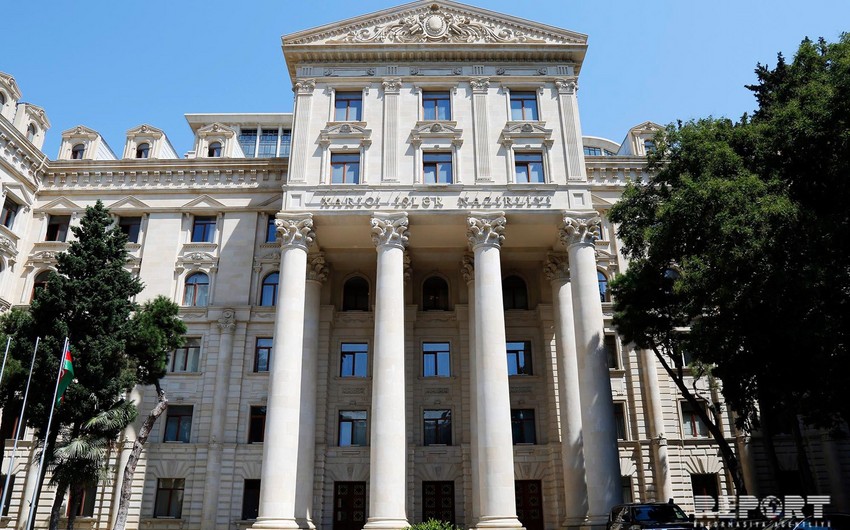 Baku. 5 December. REPORT.AZ/ The press service of the Foreign Ministry of Azerbaijan has commented on the first meeting of the Russian-Armenian 'Lazarev club' held in Yerevan.

Report reports with reference to the Ministry that Armenian and Russian mass media highlighted the first meeting of the Russian-Armenian "Lazarev club", which was held in Yerevan from November 30 to December 1.

According to the information, one of the main initiators and organizers of the club, positioning itself as a new format of public diplomacy, Konstantin Zatulin, who currently serves as the first deputy chairman of the Committee on CIS issues, Eurasian integration and relations with compatriots of the seventh convocation State Duma of the Federal Assembly of Russia:

"The invitation of the representatives of the illegal regime established in the territory of the Republic of Azerbaijan occupied by the Republic of Armenia, as well as opinions voiced by Zatulin and Vladimir Kazimirov, the former chairman of the Veterans Council of the Russian , the ambassador extraordinary and plenipotentiary Vladimir Yevseyev, Deputy Director of the CIS Institute, headed by Zatulin, and others against the sovereignty and territorial integrity of the Republic of Azerbaijan are aimed at undermining the current high-level relations between Azerbaijan and Russia. In addition, Zatulin's statements are inconsistent with his status of the first deputy chairman of the relevant committee of the State Duma, contradicting the interests of developing cooperation within the CIS.

"The speeches by Yevseyev, generally being delusional, deal a huge blow to the very spirit of cooperation within the CIS. And, finally, the general tone of the 'Lazarev Club' meeting goes contrary to the efforts of the OSCE Minsk Group co-chair countries, including the Russian Federation, towards promoting the negotiation process to resolve the Armenian-Azerbaijani conflict."