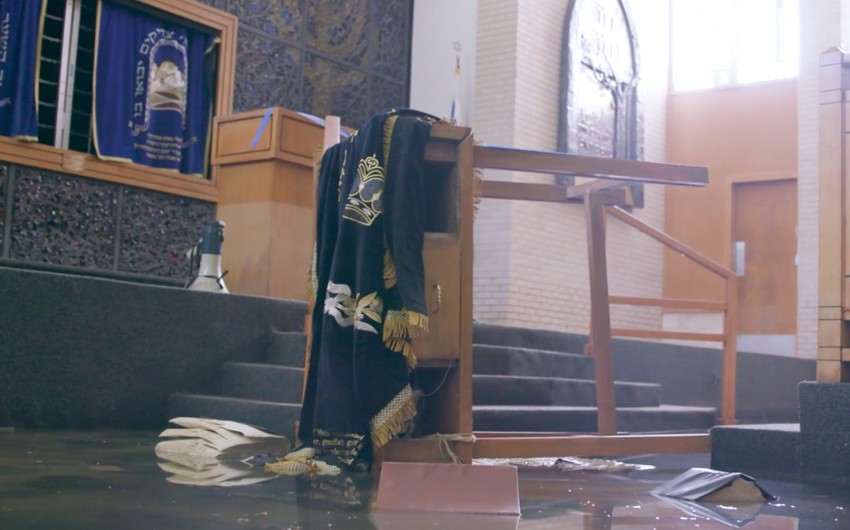 Baku. 1 March. REPORT.AZ/ The Azerbaijani diaspora has offered financial assistance for the reconstruction of the largest synagogue in Houston, which suffered from a hurricane, Report informs citing the ISRA.

Employees of the Azerbaijani embassy in the United States, the Azerbaijan-Israel International Association (AZIZ) and members of the US Congress visited Jewish community of Houston-Congregation Beth Yeshurun and studied how the restoration of the building damaged last year was progressing.

During the event, the AZIZ Director Lev Spivak told about the traditions of tolerance and multiculturalism in Azerbaijan and about the work done to strengthen the friendship between Israel and Azerbaijan.

In response, Rabbi David Rosen praised the culture of Azerbaijan as a country where anti-semitism was never observed.