Ambassador to Azerbaijan: Indian economy has diversified over past 75 years

Ambassador to Azerbaijan: Indian economy has diversified over past 75 years An award ceremony was held today for the winners of the essay competition and video and photo contest dedicated to yoga organized by the Embassy of India in cooperation with the Azerbaijan University of Languages. 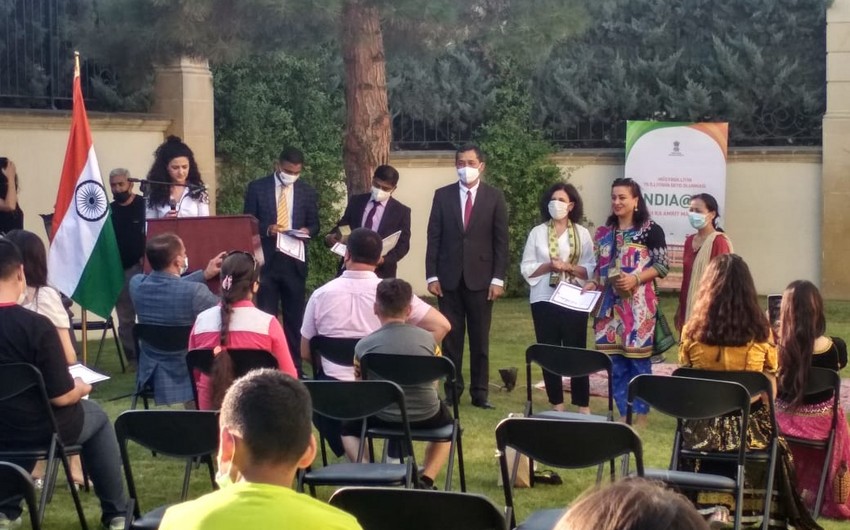 The Embassy of India, in cooperation with the Azerbaijan University of Languages, has held a ceremony of awarding the winners of the essay competition and video and photo contest dedicated to yoga.

According to Report, both competitions were organized as part of the events dated to the 75th anniversary of India's independence in 2022.

Speaking at the event, Ambassador Bawitlung Vanlalvawna said that the celebrations of the 75th anniversary of India's independence began in March this year and will last until August 2023.

The diplomat recalled the path India had taken since gaining independence in 1947, noting that the country's economy has grown in many ways over the past 75 years:

"India is the world's fifth largest economy today and it has made a significant contribution to the stability and growth of the global economy."

He stressed that his country wanted to continue the path of rapid economic growth by launching a very important movement to achieve a $5 trillion economy by 2025 - the Aatma Nirbhar Bharat movement, which aims to increase India's share in the global economy.

He noted that India has also achieved success in many other areas, including agriculture, science and technology, information technology, and space, adding that the strength of India's pharmaceutical sector is generally recognized in various parts of the world, including Azerbaijan.

Vanlalvavna added that the Indian diasporas operating in different countries had made a positive contribution to the societies in those nations.

Jala Garibova, Vice-Rector for International Relations of the Azerbaijan University of Languages, also addressed the event.

The winners of the essay and video and photo competitions were awarded in the end.