Ambassador of Palestine: UN Resolution on Jerusalem a victory for principles of international law

Ambassador of Palestine: UN Resolution on Jerusalem a victory for principles of international law Nasser Abdul Kareem: It was not a vote against the US
1123 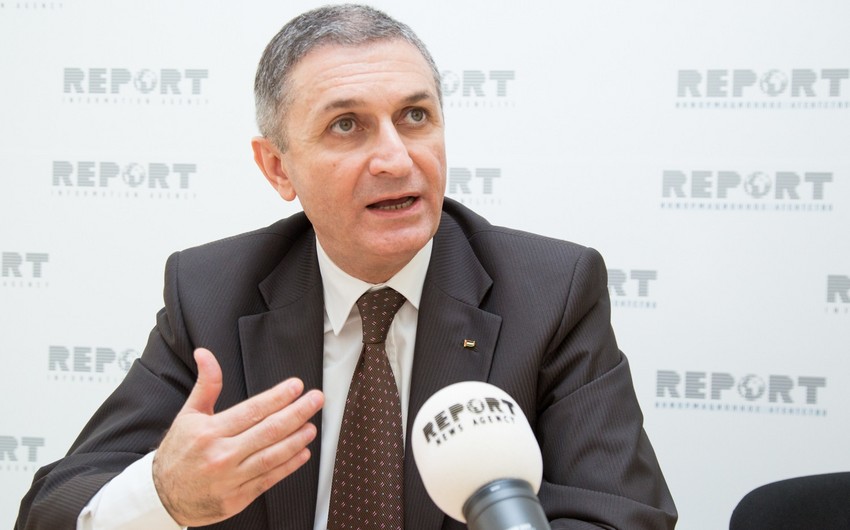 Baku. 22 December. REPORT.AZ/ Baku. 22 December. REPORT.AZ/ UN General Assembly resolution rejecting US recognition of Jerusalem as Israel's capital is a victory for the principles of international law and order as well as the free will of the international community. The Ambassador of State of Palestine to Azerbaijan Nasser Abdul Kareem told Report.

A day before, the United Nations General Assembly voted Thursday 128-9, with 35 abstentions, on a non-binding resolution condemning President Trump's new policy recognizing Jerusalem as the capital of Israel.

"This was a victory for the principles of international law and order as well as the free will of the international community , which overwhelmingly rejected hectoring and intimidation as an instrument in international policy, leaving the proponents of using such tactics and violating international law standing isolated", Ambassador said.

He stressed that It was not a vote against the US, but "rather the international community affirmed its position of standing on the right side of history, legality and decency by adhering to the legal and moral principles of rejecting occupation and illegal annexation of land by force, and asserting that the world order should continue to be governed by the rule of law and legality not by the law of the jungle where the powerful could get away with anything. Israel and the US stood on the opposite side of this argument".

"East Jerusalem (Al-Quds) is an occupied territory and an integral part of the occupied State of Palestine by the recognition of the UN and all countries including ironically the US, except Israel the occupying power", - Ambassador stated.

"It is important to touch upon one issue here and set the record right, while Muslim and Christian Palestinians consider Jews as their brothers in monotheism and humanity, and never denied their religious bonds with Jerusalem, their struggle always was against occupation not religious, Palestine had recognized Israel since 1993 while Israel has failed to recognize the Palestinian people right in state of their own on their ancestral land. So it is interesting when the Israeli government and its mouthpieces keep playing the repetitively and rather hackneyed pronouncements that Jerusalem has been the city of David and the capital of the Jewish people for 3000 years, a straw man argument insidiously insinuating that the Palestinian people (the indigenous people of the land) have no right in Palestine as Israelis have, in concurrence with this Israeli government chauvinist ideology, yet cynically and comfortably overlooks historical records and even the Bible that the Canaanites and the Jabusites (ancestors of today Palestinians) built and lived in Jerusalem 1000 years earlier before its conquest by David. So if that is their argument, it is worthwhile to remind them that the evidential fact is Jerusalem (Al-Quds) has been the Palestinians' capital since more than 4000 years, and where every stone and building in the Old city projects the conspicuously transparent Palestinian cultural character, that is a fact ... not alternative realities and distortions",- he added.